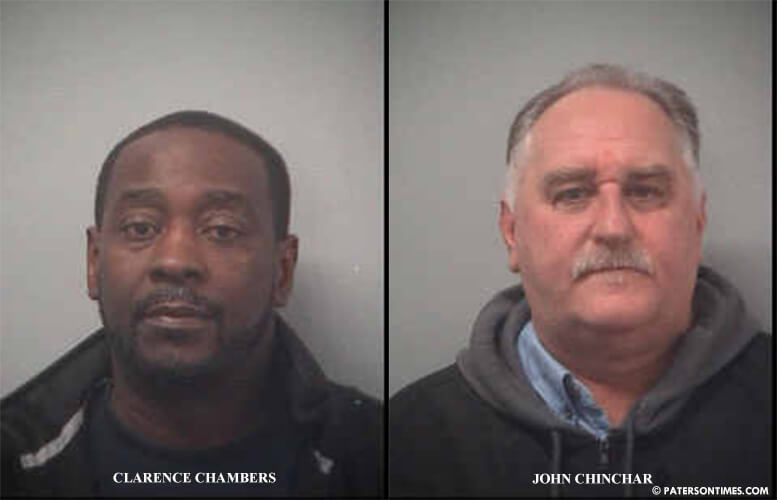 A city department of public works (DPW) employee was apprehended Monday after he allegedly sold crack cocaine and marijuana to a Saddle Brook man, according to Passaic County Sheriff Richard Berdnik.

Public works employee Clarence Chambers, 47, of Paterson, was observed pulling up in a Cadillac CTS and idling in the area of Broadway and East 37th Street.

Chambers appeared to have waited for the arrival of John Chinchar, 55, of Saddle Brook. Chinchar parked directly across the street from Chambers, authorities said. The public works employee got out of his car and approached Chinchar’s vehicle.

Detectives conducted motor vehicle stops of both vehicles after the transaction was completed and the two drove out of the area.

Chinchar was arrested and charged with having two zip-lock baggies of crack cocaine and one zip-lock baggie of marijuana that he bought from Chambers, Berdnik said.

Chambers, a sewer maintenance worker at the city, was arrested on drug possession and distribution. 21 zip-lock baggies of crack cocaine and 9 baggies of marijuana was recovered from Chambers, authorities said.

$654 in drug proceeds was confiscated. Chambers has been working for Paterson for the past decade, according to public records.

Berdnik said the surveillance was setup after authorities received information through their tip line.