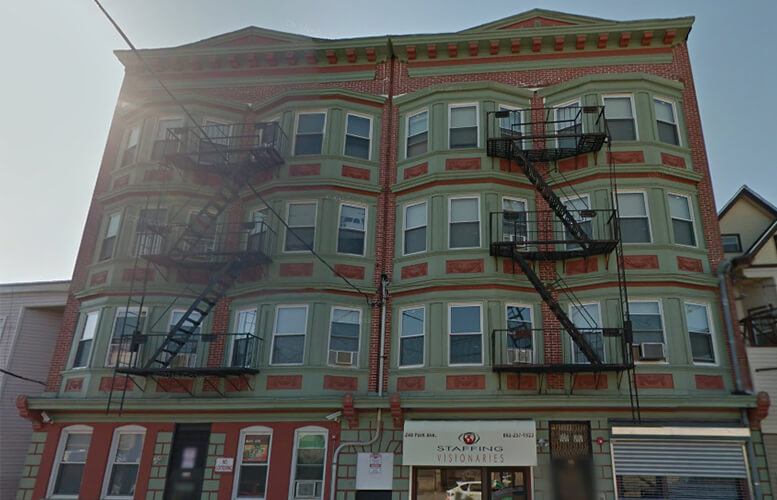 A city carjacker, who attempted to take a vehicle at gunpoint on Park Avenue and East 19th Street on Sunday afternoon, fled upon sight of police officers towards a tall building, climbed to the highest floor, and threatened to take his life, said police director Jerry Speziale.

Quashawn Eccles, 22-year-old, was chased as he fled on foot by police officers Jovan Candelo and Fausto Cammano after they responded to the intersection on report of an armed carjacking attempt, said the director.

Eccles was allegedly attempting to commandeer a 2002 Honda Accord from its operator at about 3:30 p.m., according to police.

Candelo and Cammano chased Eccles to 250 Park Avenue. The suspect entered the building, ran to the fourth floor roof, got on top of a ledge, and threatened to jump, said the director.

The city’s fire department and crisis negotiator Mike Medina responded to the scene. The officers opened up a line of communication with Eccles which bore fruit after 45-minute of conversation with the suspect, according to police.

Eccles surrendered unharmed and was taken to St. Joseph’s Regional Medical Center for evaluation, said the director. He was charged with carjacking, weapon possession, and possession of a weapon for unlawful purpose, according to police.

Police officers searched for a weapon, but have yet to locate the handgun that was reportedly used to threaten the victim, said the director.

“The men and women of Paterson’s finest face such difficult situations, yet they always display their ability to see situations for what they are, and are endowed with the skills required to handle such difficult tasks,” Speziale.