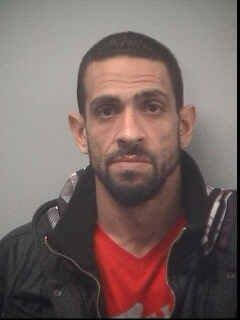 One man was arrested after conducting a drug transaction on Auburn Street and another was nabbed on probation violation early Tuesday evening, according to Passaic County Sheriff Richard Berdnik.

Berdnik said the alleged dealer quickly ran inside 90 Auburn Street and Green walked back to his red Ford parked on Broadway and Auburn Street. 12 bags of suspected crack cocaine was recovered from Green.

A fugitive Sanchez was in the passenger seat of Green’s vehicle. He was wanted on a probation violation for a residential burglary charge out of North Haven, Conn.

Green was charged with crack cocaine possession and given a traffic ticket for unregistered vehicle and released. Sanchez was charged under warrant complaint for fugitive from justice and processed, Berdnik said.