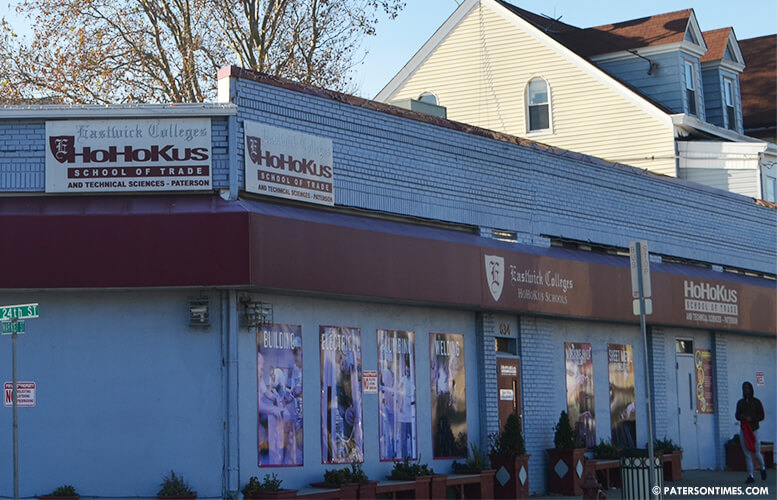 Using funds it collected from road repair contractors who received contracts in connection with the $35 million road repair project, the city is starting up its job training program by providing 20 residents vocational training.

The HoHoKus School of Trades and Technical Sciences, which has an expanding branch on Market Street, will train the 20 unemployed or underemployed city residents in plumbing, carpentry, electrical repair, and welding.

Each trainee will be enrolled into the school’s building maintenance program learning a bit of everything the school has to offer three days a week – Mondays, Tuesdays, and Wednesdays from 1 to 6 p.m., said Dan Greco, admissions representative at the trade school.

The trainees will utilize the skills they learn Thursdays and Fridays working for the city from 8 a.m. to 4 p.m., said Greco. He said the trainees will complete the program, which costs $12,000, but will be provided to them free of charge, after six months.

“We have an 87-percent graduation rate,” said Greco. “We’re at 81-percent in finding them jobs.” He said the school has a good track record for helping trainees find jobs after they have finished the six-month training.

Greco said the tuition cost will be divided between the city, the county, and the school. The job training program will be administered by the Paterson Restoration Corporation, said Ruben Gomez, the city’s economic director.

The city will be paying $4,000 from a fund that was made possible by mayor Jose “Joey” Torres’ $35 million road reconstruction project. Greco said the county will pay $4,000 and the trade school will pay the rest.

The municipality stipulated contract recipients to either hire city residents or contribute a percentage of labor costs to a fund dedicated to employment training. The companies that received contracts in phase-one of Torres’ road reconstruction project all opted to contribute dollars rather than hire city residents, said officials.

It’s not clear how much money the city has collected so far.

“It’s a wonderful program,” said Morris. You are looking at $240,000 per six-month, he said. “I don’t think there’s going to be sufficient money coming from the contracts,” said Morris.

Business administrator Nellie Pou said the individuals will have to go through an income requirement guideline set by the Passaic County Workforce Development Center. The trainees will have to fill out several forms and submit to a drug screening.

Gomez said the city will conduct a lottery to select the 20 individuals who will receive training. The city is in the process of awarding a contract to the trade school.

Municipal officials intend to continue the program next year with a new batch of trainees. Whether the number of trainees will be increased remains unclear.

The city’s unemployment rate of 11.2-percent is twice that of New Jersey’s 6.5-percent, according to the Bureau of Labor Statistics.

City officials are hoping to bring down that number by equipping, at least some residents, with marketable job skills.