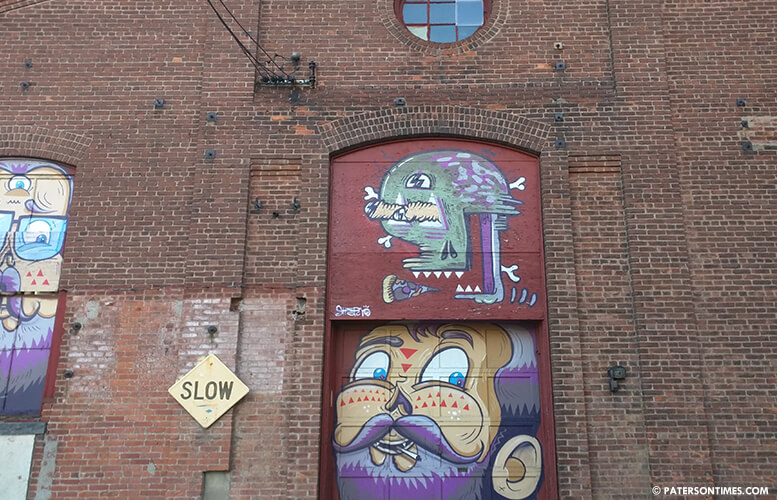 After a six-hour inspection yesterday, city officials shutdown the Paterson Art Factory on Thursday morning over safety violations, according to government officials.

Violations that resulted in the shutdown include problematic emergency exits, electrical issues, sprinkler issues, and structural issues at one of the buildings, said officials.

Gomez said the city inspectors found dozens of violations in the series of buildings on Spruce Street that make up the Art Factory.

“We don’t believe the shutdown was justified,” said Robert Moraff, attorney for David Garsia, owner of the building, which has become the premier destination in the city for artists and artisans.

Moraff said the situation is being reviewed. He said the city provided “vague” violations like a door is unsafe without providing an explanation as to whether there was an issue with the hinges, he said.

Gomez said city officials noticed increased activity at the building which held major events that brought “thousands” of people to the area. The venue has hosted the Oktoberfest and planned a Christmas celebration on Saturday which is now in doubt. “We couldn’t sit back and wait for a disaster to occur,” said Gomez.

“The main issue with the building is the fire concern and the safety of the people that are there at an event or working at the building,” said Gomez.

The shutdown is already taking its toll on the popular art venue. Moraff said a camera crew from New York that came to shoot inside the building had to be turned away.

“You got business that just opened up and now they are shut down,” said one of them who declined to provide his name.

The four-story building has 800 clients that include artists and craftsmen who will be impacted by the shutdown. The artists, who, kicked out of the building, hanging about the parking lot, said they did not blame the owners for the shutdown.

“We’re willing to work with them if they come in and start providing us with the information we need. The sooner they do that, the sooner we can move forward, and open up the building again.”