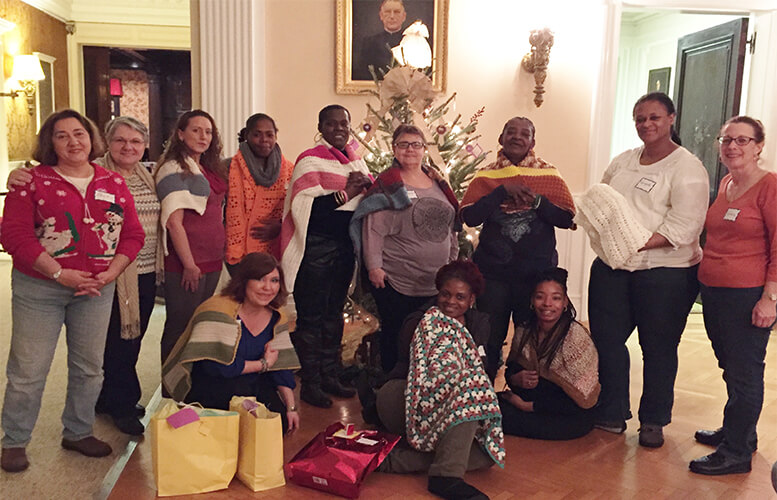 A group of Eva’s Village women attended a weekend retreat at the Loyola Jesuit Center in Morristown.

The women attended a weekend retreat at the Loyola Jesuit Center formerly known as the Loyola House of Retreats, a 30-acre site with beautiful lawns, gardens, and woodlands in a quiet part of Morristown, in October, but returned recently for a follow-up evening of prayer and dinner, said the center last Monday.

Time spent at the retreat has had a profound impact on the 12 homeless women. They said it strengthened their faith and gave them hope while providing spiritual empowerment, according to the center.

The 12 women’s retreat was made possible through the Loyola Jesuit Center and the Ignatian Spirituality Project. The women received prayer shawls courtesy of the St. Thomas the Apostle in Oak Ridge, St. John Vianney in Stockholm, and St. Philip the Apostle in Clifton.

They were also provided with neck warmers by the Quilting Ministry of Notre Dame of Mt. Carmel in Cedar Knolls. St. Aloysius Parish in Caldwell provided bags of bags of toiletries for the women.

The center has been providing a peaceful atmosphere for retreatants since 1927 giving many in the hectic modern life a have a pause to search, ask, and wonder.