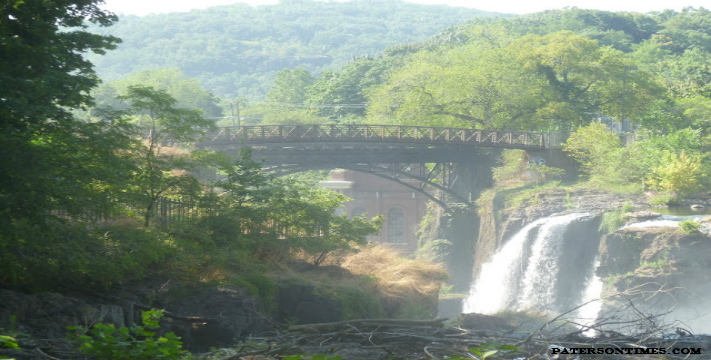 Passaic County officials re-allocated two open space grants amounting to $41,672 that Paterson previously received towards the Great Falls river walk project and the raceway study at the request of Mayor Jose “Joey” Torres, according to records.

$30,000 was re-allocated from the Passaic River Waterfront Survey grant award towards the Passaic River walk construction project which will connect Overlook Park with the Allied Textile Printers (ATP) site, according to documents.

$11,672 was shifted from a pocket park analysis grant award that Paterson received towards the Society for Establishing Useful Manufactures’s (S.U.M) raceway study.

The county awarded $500,000 to study and rehabilitate the raceways back in 2010, but $460,000 of was diverted towards the rehabilitation of Pennington Park by Torres’s predecessor mayor Jeffery Jones, according to the mayor’s letter to Passaic County Freeholder Director Hector Lora.

French civil engineer and architect Pierre Charles L’Enfant, famous for developing an urban plan for Washington D.C. for George Washington, designed a raceway system to draw water from the Passaic River to the mills. L’Enfant was soon let go by SUM because his plan was too elaborate and progress was slow.

L’Enfant was replaced by Connecticut businessman Peter Colt who saw the completion of the first raceway in 1794. As Paterson’s industry grew over the next five decades the raceway system was expanded with upper, middle, and lower raceways, according to historical records.

Torres wants to see the raceway system running with water by connecting it to Levine Reservoir. But that will require some work because the raceways were “severely damaged” by the flooding from Hurricane Irene.

The Ivanhoe Wheelhouse building will be host to a raceway system demonstration project and be turned into an interpretation center for water power at the Great Falls National Park, according to the city.

Some of the $679,335 is also to be used for a public plaza at the demolished Dairy Queen site in the corner of Maple Street and Wayne Avenue.

The Passaic County Freeholder Board approved the re-allocation of the $41,672 in late November, according to documents.