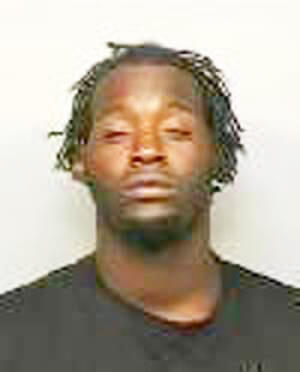 The alleged actor who shot a 39-year-old city man in the neck outside a liquor store in October has been charged with attempted murder, according to police.

City resident Jahquil Bradley, 27, was charged with attempted murder and weapons charges, for allegedly striking the victim in the neck in a physical confrontation outside of Mo’s Liquors on Main and Weiss Streets on October 25th, 2015 at about 4:15 a.m., according to police.

Bradley was among a group of males outside of the liquor store when the victim got involved in a physical confrontation. Police said during the incident Bradley took out a handgun and fired multiple shots wounding the victim in the neck.

Ceasefire Unit detectives Edgar Taylor and Edgar Torres conducted a lengthy investigation that led to the charges against Bradley who is serving time in the Passaic County Jail on unrelated drug charges, according to authorities.

Bradley has been in and out of jail since the summer of 2013, according to county records. He is also charged with having a weapon with criminal record.

“Violent behavior is unacceptable and we will aggressively pursue the 1 percent responsible for violence in our city,” said police director Jerry Speziale.