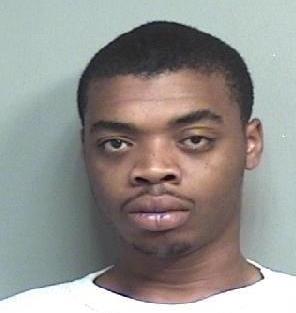 Detectives have identified 20-year-old city resident Dahmir Bethea as the actor in Tuesday’s shooting that left a Bloomfield man in critical condition.

Bethea was identified as the actor in the shooting, which took place on 19th Avenue and East 33rd Street at about 1:50 p.m., as a result of an investigation conducted by Major Crimes and Ceasefire detectives, said police director Jerry Speziale.

Bethea has been charged with attempted murder and weapons offenses, but remains at large, said the director. He allegedly shot the 32-year-old Bloomfield man multiple times and left him on the roadway with gunshot wound to the upper body, according to police.

Police said the victim was approached by two men when he exited a vehicle parked near the intersection. Two male suspects approached him, one produced a gun, and shot the victim “numerous times in the upper body,” according to police.

The victim remains in critical condition, but is improving, according to police. The director on Tuesday said the individual was targeted by the suspects.

“It’s in the best interest for this dangerous individual to turn himself in to the authorities immediately,” said Speziale. “Paterson police detectives will hunt this individual down vigorously to ensure justice is served.”

Detectives are asking for community assistance in locating Bethea.

Anyone with information is being urged to contact city detectives Jay English, Todd Pearl, Rolando Polio or Passaic County Prosecutor’s detective Michael Boone at (973) 321-1342 or (973) 321-1120.

Submit information directly to police without revealing your identity through PatersonPD.com – click on: Submit a Tip.