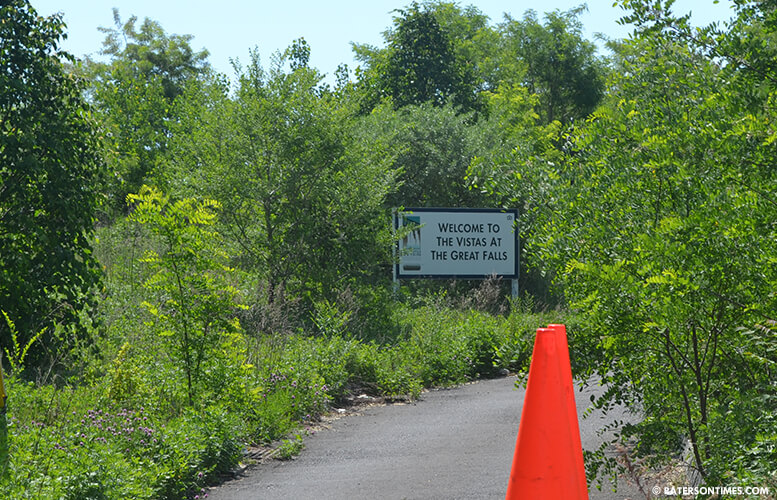 The New Jersey Chapter of the Sierra Club on Friday called on the National Park Service to intervene in order to protect the Great Falls National Park from encroaching housing development on the former Paterson Vista site.

“We are sending a letter to the National Park Service asking the agency to intervene and block the proposed development on the ridge of Paterson’s Great Falls National Park,” Jeff Tittel, Director of the New Jersey Sierra Club, said. “The physical beauty of Great Falls is at risk with this proposal and we are concerned that it will threaten the history of the park as well as its natural features.

The proposed development first came under fire from David Soo of the Paterson Friends of the Great Falls. Soo condemned the new development at the former Paterson Vista site. He said the 13 three-story residential buildings atop the cliff will be viewed by visitors to the park with shock.

“Everybody is going to see them when they’re walking in the park,” Soo said.

“This is a disgrace,” Soo told the Great Falls Advisory Committee earlier in the month. “It’s a disgrace.”

Tittel said the city is running the risk of losing the Great Falls designation as a national park. “This development will clearly undermine all the work we have done to preserve Great Falls for future generations. We need National Park Service to reject this proposal that puts the entire Park at risk,” Tittel said.

Tittel wrote in his letter the city may even be breaching its 2011 agreement to establish the national park. That agreement makes clear all development in the historic district has to be consistent with the new park.

The city is required to provide the National Park Service advance notice about planning and development decisions that impact the park, Tittel wrote. “Paterson may have breached this agreement by issuing approvals without providing any of the required notices to the NPS,” he wrote.

Lakewood-based Greentree Development Group is undertaking the $25 million development at the old vista site. A ground breaking ceremony was hosted at the location in late December. The development is located at 1 Jasper Street and is expected to open in the summer.

“If we allow this to happen we’re going to be looked down upon as a community,” Soo said.