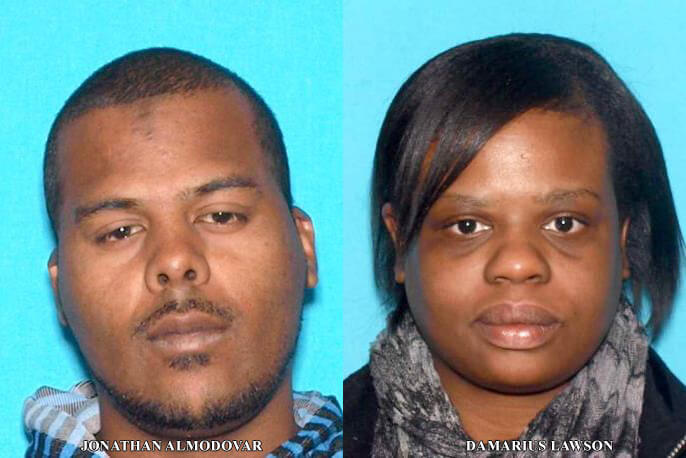 A city man and a woman have been charged in connection with the death of a three-year-old girl who authorities believe was sexually assaulted, according to the Passaic County Prosecutor’s Office.

Jonathan Almodovar, 30, and Damarius Lawson, 33, were initially arrested on January 20, 2016 as a result of an investigation by the Passaic County Prosecutor’s Office Special Victims Unit.

Doctors determined the girl had significant brain injury. An evaluation at the hospital concluded the child’s injuries were consistent with sexual assault, authorities said. She remained in critical condition until Tuesday, January 26, 2016 when the girl was pronounced dead at around $12:35 p.m.

A search of the victim’s home yielded potential evidence, authorities said. The investigation also uncovered Lawson tried to get a person to bear false witness.

Bail for Lawson is set at $1 million cash only.