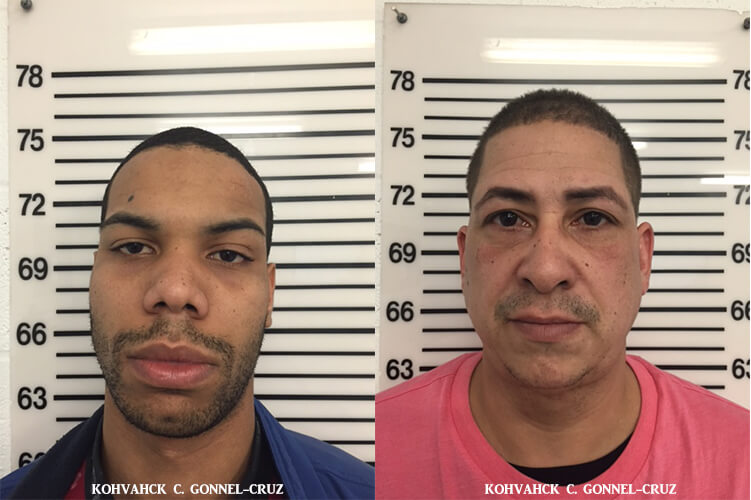 Two Albany men were arrested on drug charges as they attempted to speed out of the city with a Mitsubishi Galant trunk filled with 1,450 glassine envelopes of heroin, according to Passaic County Sheriff Richard Berdnik.

Berdnik said Wednesday Vega and Gonnel-Cruz were arrested by detectives conducting a surveillance operation in the area of Madison and 3rd avenues.  Detectives observed the two men conceal a bag containing drugs in the trunk of their white 1999 Mitsubishi Galant.

Vega and Gonnel-Cruz then attempted to depart the area at a high rate of speed.

“These are significant arrests and a large confiscation of narcotics,” Berdnik said. The street worth of the drugs seized is $7,500, according to authorities.

Both men have been transported to Paterson Police lockup pending bail, authorities said.

“The Sheriff’s Office will continue arrest all individuals involved in the narcotic trade. If you travel into Passaic County for the purpose of buying narcotics, you will be arrested,” Berdnik said.