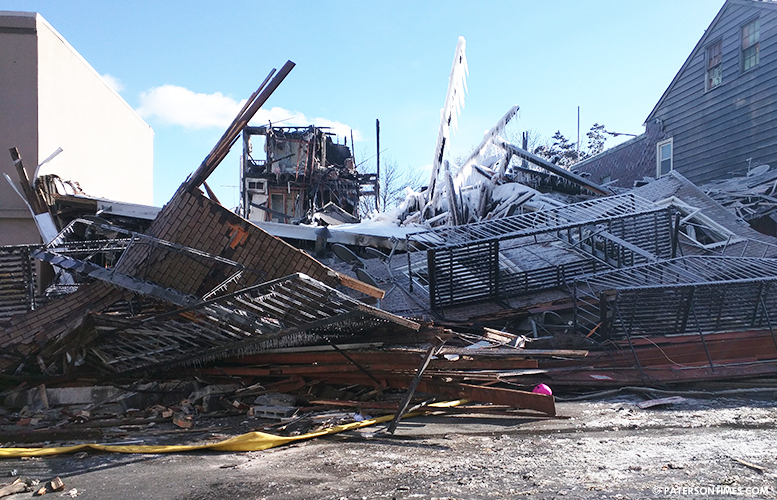 The Red Cross of New Jersey is providing the 10 displaced families with emergency temporary lodging, shelter, clothing, and food, according to the relief agency.

Fire began at the apartment building located at 477 Main Street at about 1:45 a.m. last night and reached third-alarm, according to officials.

Fire fighters battled the blaze overnight in the blistering cold. The fire appears to have been extinguished.

A fire official said there were no injuries from the fire. However, he noted a vehicle struck an ambulance at the scene sending two firefighters to the hospital.

Among the displaced included children and elderly. Luis Velez, a community activist running for the 5th Ward council seat, said he knows a handicap elderly woman who resided in the apartment complex.

“I always used to supply her food,” said Velez. He asked fire officials about the blind woman, who he has said, he has been assisting with groceries for the past two years.

Velez said the woman lived with her two handicapped daughters at the apartments. He said on Saturday evening the elderly woman, her two daughters, and son are staying with her sister on Robert Street.

Most of the three-story building has been reduced to ashes.