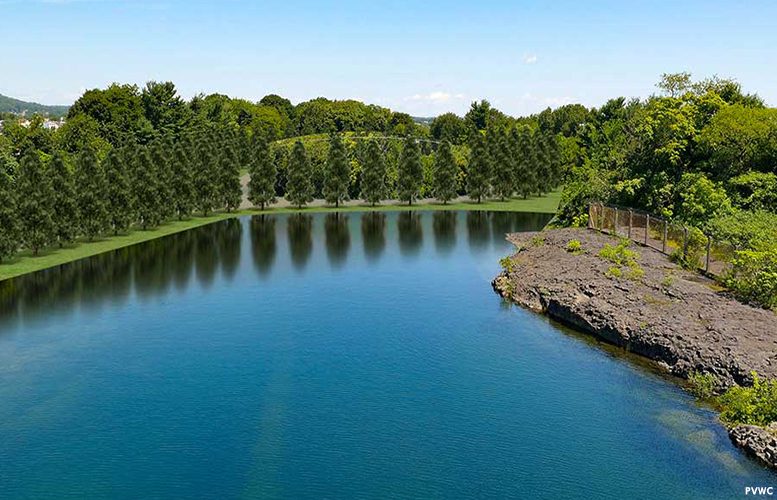 After the Passaic Valley Water Commission submitted designs to the state to place two 24-foot-high water storage tanks at the Stanley M. Levine Reservoir late last month, advocate say the fight is now over the federal review of the project.

“A whole new battle front will open soon in the area of federal 106 review,” said Bob Guarasci, executive director at the New Jersey Community Development Corporation (NJCDC), which has been vehemently opposed to the tanks project. “What still needs to be determined is whether or not what they are proposing complies with historic requirements.”

Guarasci said the review is delegated by the federal government to the State Historic Preservation Officer. “There’s going to be a very high hurdle for this plan to get through the historic review process,” he said.

Built in 1885, the reservoir is a “contributing asset” to the Great Falls National Park, subjecting it to review by the U.S. Department of Interior. A movement has formed in opposition to the tanks project which will cost $135 million. The first phase of the project involves draining a portion of the Levine Reservoir to place the tanks. The second and third phases call for tanks at the New Street and Great Notch reservoirs.

Joe Bella, executive director of the commission, said the tanks project needs to obtain a series of approvals. Besides the submission of the administrative consent order (ACO) to the Division of Water Supply and Geoscience within the Monday, February 15th, 2016 deadline, the commission has to obtain storm water permits and zoning approvals, said Bella.

David Soo of the Friends of the Great Falls said the tanks will be visible from the park. “Mr. Bella doesn’t understand how much harm this is going to do to Paterson,” he said. “The district has lost enormous amount of fabric, buildings and contributing resources, since its original designation in the 1970s. Dozens of buildings have been burned.”

Soo said the historic district cannot afford to lose anymore resources without jeopardizing its designation as a national landmark.

The commission has shown designs where the water tanks are painted with a forest murals and hidden behind evergreen trees. The cost of hiding the tanks comes to $450,000, according to the commission.

Mayor Jose “Joey” Torres has said he would like to see the reservoir decommissioned and used to water the raceway system. He opposed the tanks at the reservoir in September 2014 at a public gathering in the Paterson Museum. Four months later, his daughter landed a job at the commission. He has not made any public statements against the project since then.

Torres did not respond to message for comments on Friday.

Bella said the raceway system can still be watered using the reservoir even after the tanks have been installed. He said the entire reservoir is not being drained, but only a small portion of it is being filled to place the two large water tanks.

The city’s lead problem may also be solved by adding corrosion inhibitor after the tanks are installed, said Bella. The commission is not able to add the chemical because it would result in an algae bloom at the open air reservoir, said officials.

Opponents of the tanks project include a large number of municipalities that purchase water from the commission. Many fear their rates will be jacked up to fund the project. Others, especially those in Woodland Park and Paterson worry about the destruction of the scenic environment around the Garret Mountain.

Paterson and other municipalities have passed resolutions opposing the tanks project. Opponents of the project said the tanks will not be constructed anytime soon.

“There’s a long way to go before the storage tanks will ever be built,” said Guarasci. “The final chapter of this sage is far from written.”