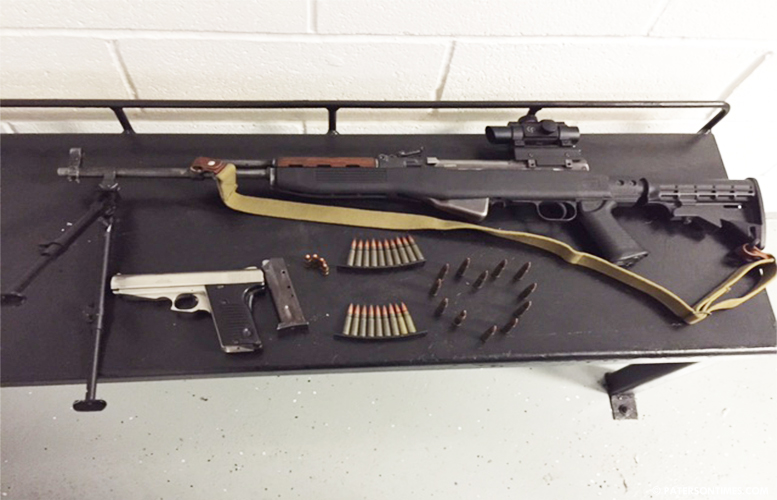 Detectives recovered a high powered rifle and a semi-automatic handgun on Tuesday that were stashed in an empty lot near Marshall and Paxton streets, according to Passaic County Sheriff Richard Berdnik.

Berdnik said detectives received information that two males outfitted in all black clothing had stashed the 7.62X39 rifle with bipod and scope as well as a 9mm silver semi-automatic handgun at the location.

“I want to commend the Detectives involved in getting these dangerous weapons off our streets,” Berdnik said. “Two guns and 35 rounds of ammunition could have caused a significant amount of bodily harm.”