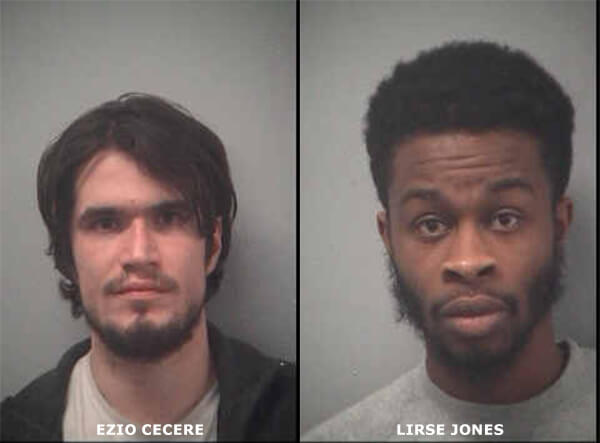 Two men were arrested on drug charges on Tuesday evening after completing a drug transaction over the phone on Straight Street, according to Passaic County Sheriff Richard Berdnik.

$3,407 in cash was also seized from the alleged drug dealer, according to Berdnik.

Jones was observed pacing in the corner of Straight Street and 20th Avenue holding a nylon strapped bag while on the phone with someone. He was heard asking the person where he was and that he was waiting.

Moments later Cecere pulled up to the curb in a black Range Rover. Jones reached into the bag, took out small objects, and exchanged them with Cecere for money.

Jones entered 431 Straight Street and Cecere drove out of the area with detectives behind him.  Authorities recovered 30 packets of heroin from Cecere at a traffic stop.

Authorities arrested Jones and a search of the location yielded $3,407 in cash and 1,841 packets of heroin.

Jones was out on probation wearing an ankle bracelet from a previous drug offense, authorities said.

“These arrests,  should once again be a warning to drug dealers and purchasers, that if you come into Passaic County for the purpose of illegal activity, you will be arrested,” Berdnik said.