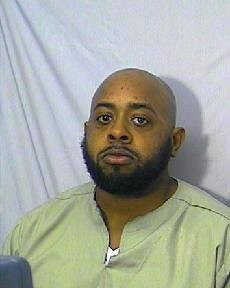 A city man, who received a 10-year prison sentence for dealing drugs out of a mailbox at an apartment building, unsuccessfully attempted to appeal his sentence in mid-February, according to court records.

Lawrence Moody, 34, has a lengthy history of dealing drugs, according to state records. In his appeal he argued the prison sentence was “manifestly excessive” while raising doubts about the state’s use of expert testimony at a jury trial.

Detective Marvin Sykes served as the state’s expert in the field of narcotics-related law enforcement. He described the typical manner in which drug transactions take place on the street.

“Normally a dealer will be in an area standing around, sitting around; and a possible buyer would walk up to him, make the eye contact or words will be exchanged,” Sykes told the court.

Sykes said the dealer would then go and retrieve the consumer requested drug stashed nearby. He said most drug dealers do not keep drugs on their person for fear of getting caught with it in their pocket.

Drugs are sometimes stashed in potato chip bags, brown paper bags in corners of buildings, in magnetic key cases inside an elevator door, and in mailboxes. Moody was caught in a police surveillance setup on December 21st, 2009 outside a city apartment complex, according to court records.

Moody was sitting inside a silver Ford Taurus at about 9:44 p.m. that day. A man approached the entrance of the apartment building, at which point, Moody exited his vehicle, had a brief conversation, during which the individual handed him “green paper money.”

The two officers attempted to detain the customer, but were not able to locate the customer.

Moody then approached a woman who was at the apartment building’s entrance. The woman handed him paper currency, Moody entered the building.

Miyasato entered the building as well to find Moody in the process of closing a mailbox with a key, according to court records. The officer saw “numerous” bundles of heroin inside the mailbox, which he retrieved.

Moody was charged with three drug offenses. He was given a 10-year prison sentence, according to court records.

Moody’s appeal argues his sentence “must be reduced” because it was excessive. He received the lengthy sentenced due to his long rap sheet.

The sentencing judge described his criminal history of repeated drug offenses as “atrocious.” Moody even committed new offenses while on probation, parole and had at least three prior drug dealing conviction, according to court records.

In his appeal, Moody raises questions about the two transactions police observed, but did not charge. “The uncharged transactions, which were prominently featured in the state’s case, constitutes plain error,” reads the appeal.

Appellate division judges Carmen Alvarez and Mitchel Ostrer wrote Moody was charged with having 49 glassines of heroin based on his arrest while unlocking the mailbox. Both judges wrote in their opinion the police officers testimony about the two transactions were relevant to the case and was not inflammatory.

Alvarez and Ostrer did not find an error in Stapleton’s testimony.

The judges also did not buy Moody’s claim the expert testimony from Sykes prejudiced the case.

“Some of the circumstances were included in Sykes’s descriptions did not make the testimony a basis for reversal or unduly prejudicial. None of Sykes’s testimony, given the state of the proofs in the case by that stage of the trial, was so prejudicial as to have affected the outcome,” wrote the judges.

The judges denied Moody’s appeal. In responding to Moody’s assertion the sentence was excessive, the judges wrote: “The court was required to sentence defendant to an extended term as a prior drug distributor.”