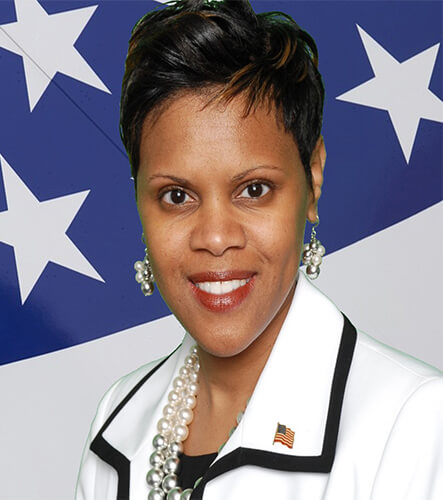 New Jersey Assemblywoman Shavonda Sumter is one of six women from around the country to be nominated for this year’s Emily’s List Gabrielle Gifford’s Rising Star Award, according to the political action committee (PAC) whose aim is to get more pro-choice Democratic women elected to public office.

“I am honored to be nominated alongside great women who are as committed as I am to creating impactful and lasting changes for the people we serve,” said Sumter. The award recognizes women in local or state office who have managed to break glass ceilings.

Named after Rep. Gabrielle Giffords the award looks for women who demonstrate a commitment community, family and women’s issues, and promote civility in public discourse.

Sumter was elected to the New Jersey General Assembly in 2012. She has gotten 16 pieces of legislation, more than anyone else, passed into law under Gov. Chris Christie in 2014. She champions minimum wage increase, ending discriminatory hiring practices, and expanding access to mental health treatment.

“Each leader has displayed a kind of fearlessness and dedication that has allowed them to have major impact on their respective communities. In such a history-making year for women in politics, EMILY’s List couldn’t be prouder to recognize the achievements of our local leaders who are standing up for women and families across the country,” said Stephanie Schriock, president of Emily’s List.