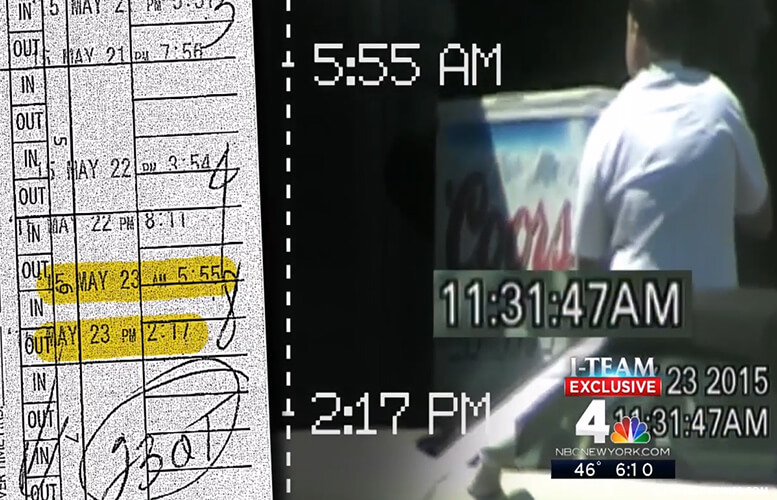 A community activist, who has been circulating an online petition calling for the ouster of embattled mayor Jose “Joey” Torres over his use of public works employees at his Arlington Avenue home, received phone threats, said the activist on Monday morning.

Community activist Kevin Womble said someone called him from a private number at 2:50 p.m. on Sunday. “They said look. Stop posting about the mayor. Take that petition down. Or we’re going to go to your house and hurt you,” he said.

Womble said he told others about the incident. He said on Monday morning he filed a police report documenting the incident.

Womble’s petition on Change.org calls on the state to remove Torres from office. The mayor is alleged to have utilized public works employees to do odd jobs around his home. Public works employees were videotaped at the mayor’s home washing his car, working on his motorcycle, and moving a large beer cooler for a Memorial Day party.

“I have no idea. I’m not going to speculate,” he said when asked who he suspects is behind the phone threat. “I don’t think Joey would even attempt to do something like that. He’s got enough on his plate right now,” said Womble.

“I think it’s somebody disgruntled that doesn’t like what’s going on,” said Womble. He said he began the petition on Friday after the WNBC report aired on Thursday. He has collected 425 supporters to his petition as of Tuesday afternoon.

Womble said he is taking a moral stance against the mayor. He said the allegations raises questions about the mayor’s integrity.

“I’m really not doing more than what other people should be doing,” said Womble. “I’m just one of them that’s speaking up.”

When asked if he fears for his safety, Womble said, “No. Never have been. And never will be. If something is going to happen. It’s going to happen regardless. The only one that can prevent it from happening is God.”