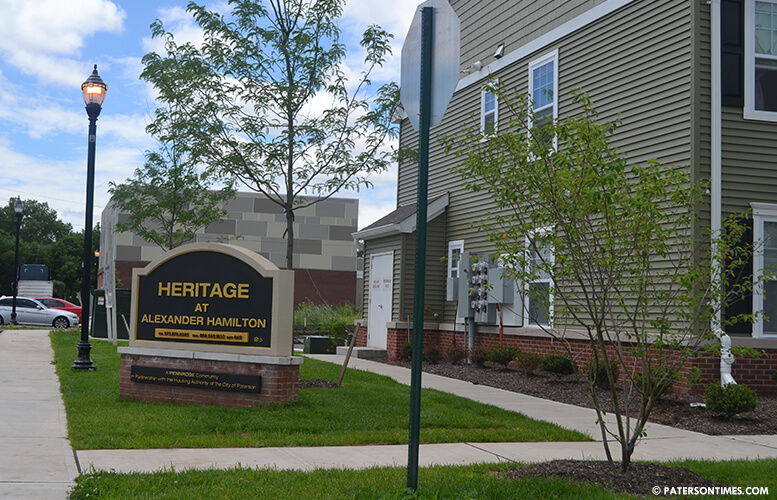 The Heritage at Alexander Hamilton is one of seven best in quality planning and developments in New Jersey to win this year’s Smart Growth Award, according to New Jersey Future.

The LEED-certified Heritage at Alexander Hamilton was a $22.5 million project undertaken by Pennrose Properties, Wallace, Roberts and Todd (WRT), and the Paterson Housing Authority in partnership with the City of Paterson.

The Heritage at Alexander Hamilton contains 205 apartments and townhouses.

“Perhaps it’s the fact that smart-growth principles are guiding more projects, or that New Jersey has emerged from the Great Recession, but we were overwhelmed by the large number of high-quality contenders,” said Peter Kasabach, executive director of New Jersey Future, a think tank.

The other six 2016 Smart Growth Award winners are:

•    The Hahne and Co. Building in Newark where an iconic building was redeveloped for housing, educational, and retail use.
•    F. Berg Hat Factory Complex – an abandoned factory that was transformed for commercial, artistic, and loft spaces – in Orange.
•    Capital City Farm, an abandoned lot turned into an urban farm to grow produce and jobs, in Trenton.
•    Avalon Bloomfield Station in Bloomfield where a surface parking lots and vacant properties were turned into a mixed use building with housing on top floors and retail, restaurants, offices on the bottom along with shared parking.
•    Nelson House/Washington Hall Condominiums in Salem where a neglected downtown historic building was converted into emerging-market condominium.
•    Hoboken’s anti-flood strategy called “Resist, Delay, Store, Discharge: A Comprehensive Strategy for Hoboken.”

“The jury had a huge challenge in narrowing this excellent field of entries,” said Andrew Hendry, president of the New Jersey Utilities Association and a New Jersey Future trustee, who chaired this year’s selection committee. “It was very inspiring to see all the innovative, high-quality development and redevelopment going on across the entire state.”

Winners will be honored at New Jersey Future’s 15th annual Smart Growth Awards celebration on June 9th, 2016 at the Panasonic headquarters in Newark.