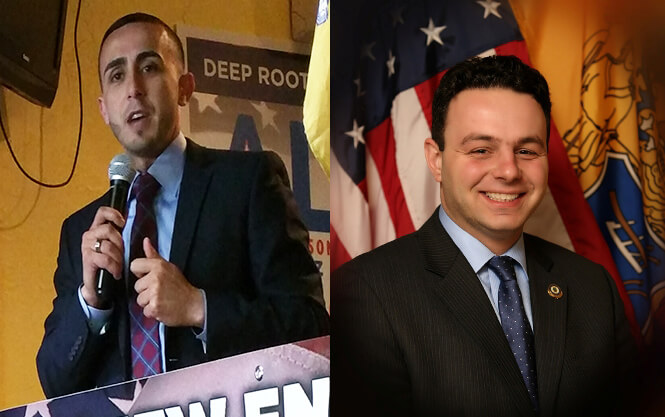 After a challenge from incumbent councilman Andre Sayegh to disavow embattled mayor Jose “Joey” Torres’ endorsement, challenger Al Abdelaziz on Sunday indicated he has no plans to distance himself from the mayor.

“The first thing he needs to do is call for a no confidence vote on mayor Jose “Joey” Torres. While he is at it, he should disavow the mayor’s endorsement,” said Sayegh as he responded to a stratagem by his opponent to preclude him from seeking higher offices. “He’s been too quiet on this issue. This is a burning issue that affects our budget, affects our image, and affects our economy.”

Sayegh has described Torres’ use of public works employees on the city’s time as abuse of taxpayers. Torres at first denied using public works employees at his home, then claimed he used them for a bookshelf for which he paid out of his picket, but then emerged timesheets that revealed many workers billed taxpayers while doing odd jobs at the mayor’s home.

“I have many people endorsing me. These endorsements are choices these people have. I can’t stop them,” said Abdelaziz. “He has nothing to do with my campaign. We’re distant. He has his right to do what he wants to do.”

When pointed out he can accept or reject a given endorsement, Abdelaziz said the incumbent is attempting to make the 6th Ward race into a proxy war with the mayor. Indeed, the race in the 6th Ward has been a war between the mayor and the incumbent since the last battle between Sayegh and Torres in 2014.

Just months after taking the mayor’s seat, Torres appointed Abdelaziz to the planning board in an apparent move to run him in the 6th Ward to vanquish Sayegh. A defiant Sayegh continued to attack Torres collecting small victories until the recreation tax.

The public works scandal is being investigated by the New Jersey Attorney General’s Office. A grand jury has been convened to review evidence and potentially bring formal charges against those involved.

Torres, who has been described as an embarrassment to residents by homeowners at a mid-March city council meeting, has made it difficult to bring developers into the city, said Sayegh.

“We can’t entice investors to come to Paterson,” said Sayegh.

Sayegh has described Abdelaziz as a “puppet” of the mayor. He cited the police substation that Abdelaziz wants to setup in the 6th Ward as a typical Torres idea.

Abdelaziz maintained he is his “own person” with his own new ideas for the 6th Ward. When pressed to share at least three of his fresh ideas, Abdelaziz mentioned a police substation at the South Paterson library, recreation through establishing private leagues, and to encourage late night businesses to hire security and off-duty police officers.

These are not new ideas. Some of them, the police substation and encouraging chicken shacks and bars to hire security and off-duty police officers, have been thrown around for the past half-decade.

“The residents of the 6th Ward haven’t heard these ideas,” said Abdelaziz. His campaign has said there’s a list of ideas being shared with 6th Ward residents to collect their inputs before they are included in Abdelaziz’s plan for the ward.