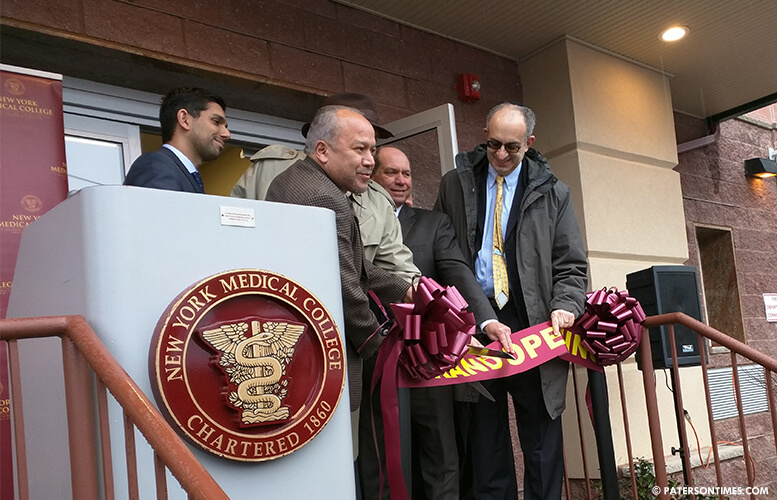 Just two-hundred feet from the hospital, the Barclay Street Residence Hall contains 42 apartments, which will provide housing to medical and nursing students, residents, physicians, and other hospital staff.

The building is the tallest wood frame modular structure in the United States, said the developer Tony Danza. He said the construction firm used prefabricated modules that resemble boxes which were lifted and placed using a massive 300 ton crane to construct the $5 million building. 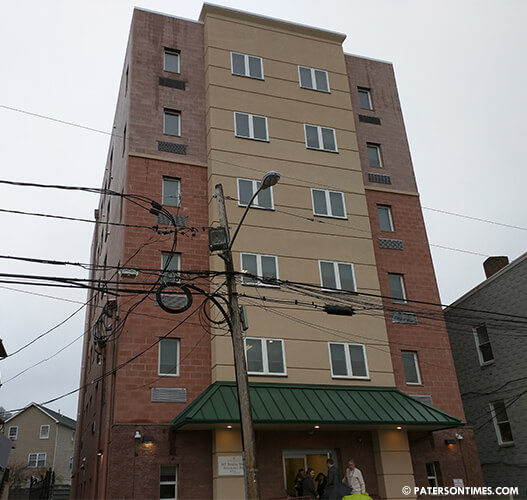 Each floor is made up of five of these box shaped modules, said Joe Rodriguez, owner of Mahwah-based Village Contracting, which constructed the building located at 165 Barclay Street.

Municipal, hospital, and college officials celebrated the opening of the residence hall with a ribbon cutting ceremony.

“Today is the culmination of a larger vision we have for this area,” said mayor Jose “Joey” Torres speaking about the designated hospital zone. He welcomed the New York Medical College to Paterson.

“New York Medical College and St. Joseph’s is putting a deep flag pole into the ground in Paterson. We’re moving students here. We’re contributing to the Paterson economy,” added Edward Halperin, chancellor and chief executive officer at the Valhalla, NY-based college. “Anyone who is concerned about the future of American cities can look at projects like this and be optimistic about the future of American cities.”

Kadish said the two institutions began their partnership in 2011. “Our students have had an absolutely phenomenal experience at St. Joseph’s,” he said.

Matthew Tanzi, a second-year student, who toured the building, thought the units are spacious and beat staying at a dorm. “It’s nice having a brand new building with furniture. It makes it easy to move in,” he said.

Tanzi also said he liked having a gym and laundry in the same building. The building will be primarily occupied by students like Tanzi doing clinical rotation or completing their residency at the nearby hospital.

50 to 60 students conduct rotation at the hospital every week, said Halperin. Students will begin moving in within the next 30 days, indicated college officials.

5 units in the building have been set aside for the hospital.

The building’s proximity to Clifton and Montclair make it an ideal place to live for students like him, said Tanzi. As is the booming South Paterson section which boasts easy access to transportation and some of the best ethnic restaurants in the country. The location is 25 minutes drive away from New York City and 45 minutes away from the New York Medical College campus.

“The opening of this new residence hall signifies the vibrancy of the neighborhood surrounding our St. Joseph’s Regional Medical Center campus,” said Slavin. “It is a great environment in which to live and study medicine.”