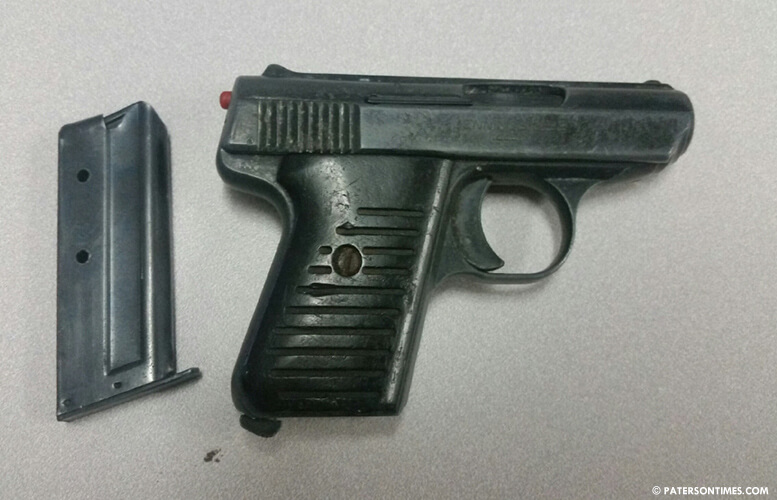 A handgun that was stolen in a Florida home burglary 29 years ago was recovered in an open field at the intersection of Fulton and Mercer streets, according to Passaic County Sheriff Richard Berdnik.

Detectives went to the intersection after a concerned resident flagged them down and informed them of suspicious activity at the intersection. Authorities dispersed a group and found a black Bryco Arms .22 caliber handgun with a six round magazine lying beside a mound of rocks.

No bullets were in the magazine, authorities said. Berdnik said the gun was reportedly stolen during a home burglary on February 9, 1987 in Volusia, Florida.

“I want to commend the Detectives involved in getting this stolen weapon off our streets,” Berdnik said. One less illegal gun in circulation, hopefully avoids a potential act of gun violence.”