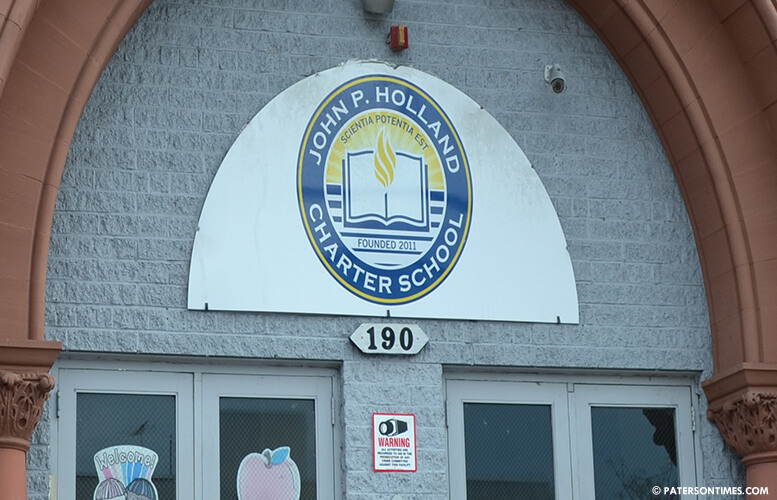 After being placed on probation for “operational and fiscal issues” in 2014, the John P. Holland Charter School was denied an expansion earlier in the year, according to state documents.

The Oliver Street charter school sought to add an additional facility for pre-kindergarten and expansion into high school in a December 1st, 2015 request to the New Jersey Department of Education.

In a letter dated February 29th, 2016, the state’s education commissioner David Hespe denied the expansion. The letter states the department evaluated the expansion request based on the charter’s academics, operations, fiscal standing, and public comments. The letter also states the evaluation included the “fiscal impact” the expansion would have on the city’s school district.

“Based on the school’s probationary status during the 2015-16 school year, these requests have been denied,” reads the commissioner’s letter to Vanessa Ramos, president of the charter’s board of trustees.

“It is difficult to understand why our expansion was denied and what logical matrix was used to come to the state’s decision,” said Thom Ammirato, spokesman for the charter school, last Thursday. He said it is especially confusing that the state denied the expansion given governor Chris Christie’s public support for charter schools and his recent calls for expansion.

Ammirato said the school was seeking 60 pre-k seats and high school expansion. It’s not clear many high school seats the school sought. He said the defects that led to the school being placed on probation were cleared up by mid-2015.

“We have cleared up any and all defects in our operation, which were self-reported several years ago,” said Ammirato. He said the corrective action plan was completed and approved by the state in June 7th, 2015. In late August, the charter sent a letter to the state informing them the needed corrections were fully implemented.

Ammirato said the state did not respond until the February letter.

The department found two charter employees – Katie Caufield and Mike Almasri — were sitting on the charter’s board of trustees in violation of state regulations. A third board member – Michelle Petriello — was the sister of the school’s principal Christina Scano, according to state records.

Ammirato noted the state approved the initial charter that had the two teachers as board members.

The charter submitted a remedial plan to correct the defects in late 2014. All three board members with conflicts resigned as part of that plan. With the resignation of three board members, the charter had to revise its by-laws to allow business to be conducted by clearly defining what constitutes a quorum.

A nepotism policy was lacking at the school which was instituted as part of the remedial plan. A management audit of the school found “undocumented cash disbursement” and “lack of internal control regarding check processing” and lack of “appropriate evidence or documentation to verify that all school funds are reconciled on a timely basis.”

In all the charter corrected five defects with its operations and finances by adopting new policies. The school’s probationary has since been lifted, according to the state.