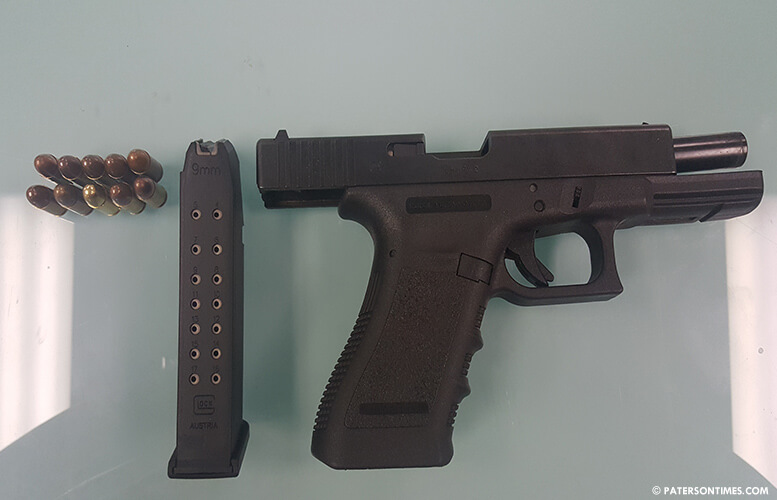 Detectives recovered a Glock 17 handgun and 10 round ammunition Thursday night at the dead end of Godwin Street, according to Passaic County Sheriff Richard Berdnik.

Berdnik said detectives Joseph Cammisa and Raphael Garcia were on patrol in the area of River and Main streets at around 6 p.m. when a rowdy group was observed at the dead end of Godwin Street next to the Colt Arms senior housing complex.

A disorderly group of people dispersed by cutting through the wooded area and the parking lot, but detectives stopped and got out of their vehicle. Empty bags of heroin, crack cocaine, used syringes, open and used condoms were scattered on the ground. Upon further inspection, detectives spotted a black object on the ground next to a tree.

Detectives retrieved the black object, a Glock 17 loaded with 10 bullets in a 17 round magazine. The handgun was not reported stolen and detectives continue to investigate, Berdnik said.