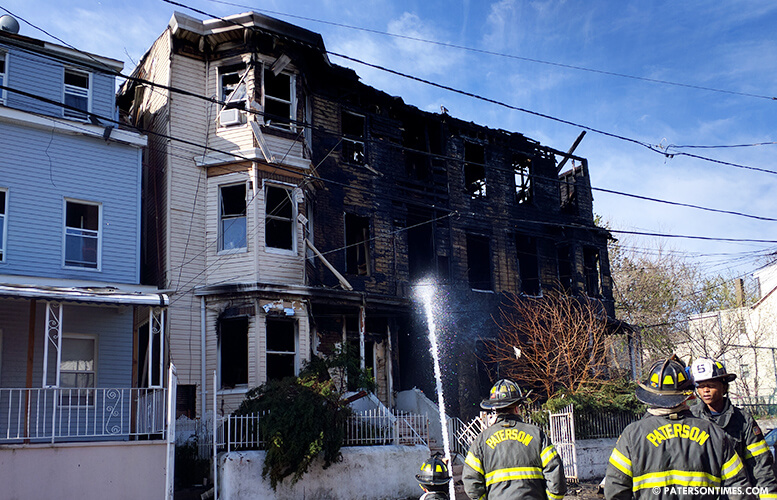 The fire started at 6:01 a.m., said fire chief Michael Postorino. The blaze started at 222 16th Avenue and spread to 224, according to fire officials.

It quickly engulfed the building within less than an hour. Firefighters continue to douse the flames as of 9 a.m.

“The building is very unstable. There’s a lot of hotspots. Hard to gain access because large portion of the building has collapsed,” said Postorino.

Postorino said a woman suffered smoke inhalation and was taken to hospital for treatment. He said no firefighters were injured.

Erasmo Pena, who lives at the building with his family, which occupied all three floors of 224 16th Avenue, arrived on the scene after the fire damaged his home. He said he has been living at the building for the past three decades.

Pena is not sure where he and his family will go. “We don’t know what’s going to happen yet,” he said.

Postorino said the building will have to be demolished. Officials from the city’s community improvement division were on the scene to make an assessment and move ahead with an emergency demolition.

The Passaic County Arson Squad was called to the scene to investigate the fire.