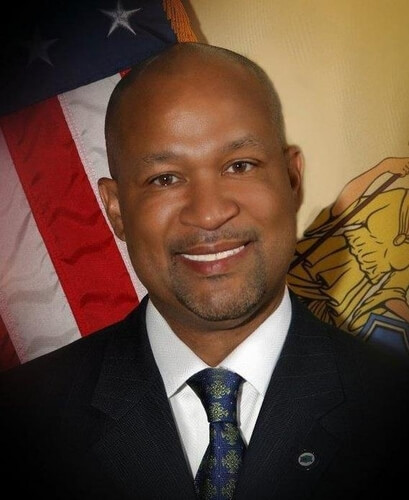 Assemblyman Benjie Wimberly unveiled a bill on Tuesday morning that seeks to revoke the state’s authority to takeover school districts and return full local control to Paterson and other state-operated school systems.

“A state takeover of school districts is a failed policy that has done more harm than good over the years. With every teacher layoff, and each student struggling to learn in dilapidated schools, state takeover districts are losing the battle to educate New Jersey’s students. We must let go of the takeover method and find a way more supportive to these districts,” Wimberly said at a press conference in Trenton.

Wimberly, who represents Paterson, said the state failed to turnaround Paterson schools after a quarter of a century of takeover that began in 1991. His bill will eliminate the State Board of Education’s authority to control local school systems under the New Jersey Quality Single Accountability Continuum (NJ QSAC), state’s monitoring system for school districts.

Wimberly’s bill will return local control to elected school boards in Paterson and elsewhere within one year.

The bill is being sponsored by state assembly members Shavonda Sumter, Cleopatra Tucker, and Sheila Oliver.

“State takeovers were meant to help schools get back on track through radical change, increased accountability, and affording students better access to programs and services they deserve,” said Assembly Majority Conference Leader Sumter. “Unfortunately, for state takeover school districts, this is not the case. We must find a better solution.”

“It is clear that turning over control of a school district to the state is no longer a viable solution to fixing failing schools. It’s time to take our schools back,” Tucker said.

Oliver said the state has neglected students. “Taking over a district without set goals, a culmination date or proper funding has not worked in New Jersey. If we continue to take the same action with poor performing school districts, we will get the same result – failing schools,” Oliver said.

The measure also received support from the Education Law Center.

“Takeover is no longer a short-term strategy to improve struggling districts, but rather a means of permanent occupation, disenfranchising communities from their schools for almost 30 years. It’s time for the Legislature to end this failed, bankrupt law,” Executive Director of the Education Law Center David Sciarra.

The bill has to go through the Assembly Education Committee before coming up for a vote.