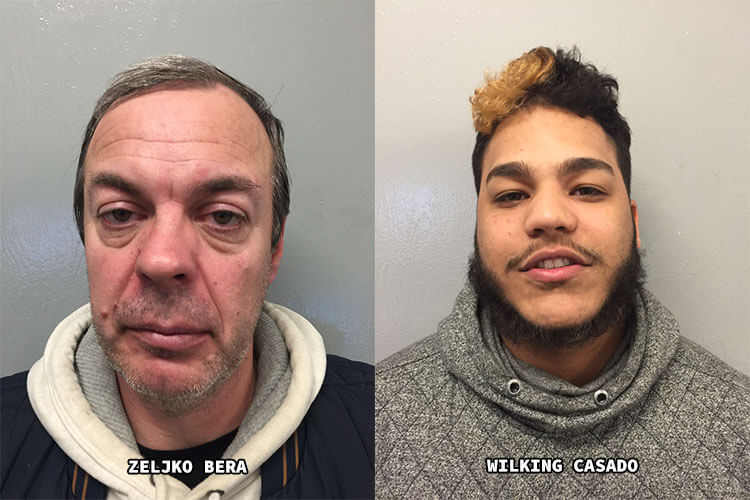 A surveillance operation at the border of Paterson and Woodland Park led to the arrest of two men on drug charges and the seizure of powder cocaine, a semi-automatic handgun, and almost 7,000 cash on Monday evening, according to Passaic County Sheriff Richard Berdnik.

Casado was allegedly dealing drugs out of a Hugo Street apartment, authorities said. Detectives working based on information that he was meeting buyers using a silver 2005 Acura in the surrounding area setup surveillance at around 6 p.m.

Detectives followed Casado as he got out of the rear apartment of 155 Hugo Street and drove to McBride Avenue and Dayton Street.

Casado met with Bera, a passenger in white Ford Explorer. Money was exchanged for small items suspected to be drugs.

Authorities pulled over the Ford and recovered 2 zip-lock baggies of cocaine from Bera. Casado was arrested as he returned to his apartment. $426 in cash was seized from his person. A search of his apartment yielded 45 grams of powder cocaine worth $2,250 on the street, $6,512 in cash, a loaded 9mm Hi-Point semi-automatic handgun, and drug paraphernalia, Berdnik said.