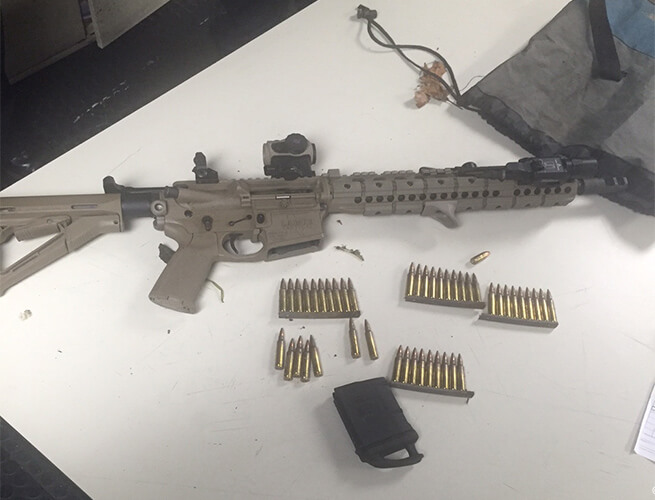 A city police officer recovered a military grade assault rifle from 431 East 23rd Street on Thursday afternoon, according to police.

Speziale said 54 military grade .223 rounds were recovered as well. He said one 9mm bullet was also seized by Serrano.

Police received assistance from a concerned community member who helped in taking the weapon off city streets.

“The officer working together with the individual removed and extremely dangerous weapon from our streets,” said Speziale. “I am thankful for all involved in removing this deadly weapon in making the city for Paterson.”