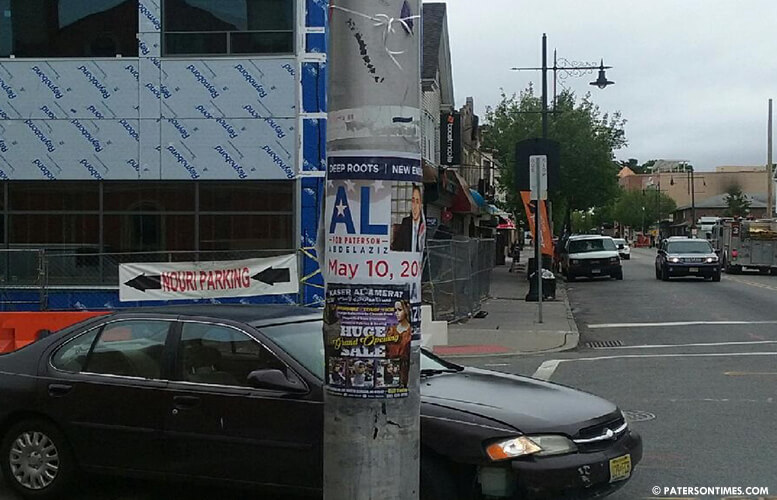 “He throws out erroneous accusations regarding my campaign yet this is another example of him thinking the rules do not apply to him,” said Sayegh of Abdelaziz. “He wants to make the laws, but he refuses to follow them.”

Abdelaziz did not directly respond on Friday afternoon. His campaign responded to Sayegh’s attack: “Councilman Sayegh has been on the forefront of violating campaign laws throughout the years, especially this campaign – a true pioneer of evasion and a champion of cutting corners. Where are the ‘paid for’ lines on his posters and HQ banners?”

The incumbent also has been under attack for filing incomplete campaign finance reports for the past nine years.

“He mentioned yesterday in an article his ‘feet were on fire’ from walking. That’s doubtful, since he’s cutting so many corners, but we definitely know his ‘pants are on fire’ with all of his mischaracterizations,” read the statement from Abdelaziz campaign.

Sayegh said those reports have been rectified.

“No campaign material or political sign shall be attached to or affixed upon any public place, public facility or on public property by any means,” reads municipal ordinance 04-009.