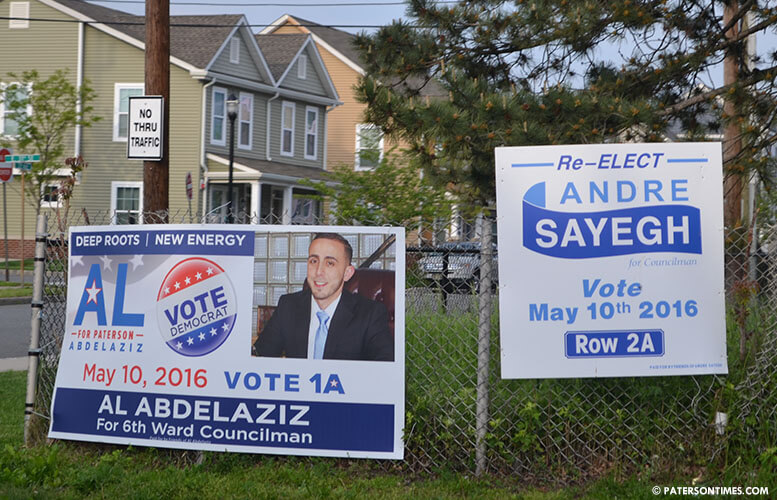 Two voters in the heavily contested 6th Ward election are alleging an unknown man allegedly connected to the Al Abdelaziz campaign marked a candidate on the ballot and picked up their mail-in ballots from their homes, according to sworn statements submitted to the Passaic County election officials.

“My mail in ballot was signed by me, however I did not fill it out or vote on the ballot,” reads the sworn statement from Osvaldo Santiago. “It was picked up from my house by an unknown individual. Later on I received a thank you letter from the candidate Alaa Abdelaziz thanking me for my vote.”

Incumbent Andre Sayegh demanded an explanation from Abdelaziz. “I call on Al Abdelaziz to explain these serious allegations. Voting is one of our most sacred rights and no one should violate our rights period,” he said.

“At no time did anyone receive a ‘thank you’ letter from our campaign for voting by mail – as no one has the ability to see who voted for whom. If someone acted outside of that scope, it was not under the direction of our campaign,” read the Abdelaziz campaign statement. “We are just as concerned about this, as there is a large number of MIBs from two 6th Ward buildings, one of which has a polling location inside.”

“The man (whose name I still do not know) entered my sister’s home and proceeded to complete the mail in ballot for my sister, selecting the candidates, without any input from her; my sister later told me that the man filled in the circle next to candidate Al Abdelaziz for councilman,” read Arvelo’s sworn statement.

The unidentified individual offered to assist Arvelo, but she refused, completed her mail-in ballot, and sealed it. The unknown man then left the home with the mail-in ballots.

The incident described by Arvelo took place on May 5th. Her sworn statement seeks to withdraw the mail-in ballot that the unknown individual picked up from her home so that she may cast a provisional ballot on election day.

433 mail-in ballot requests were processed. Of which 331 have been received and 102 remains outstanding, according to Passaic County clerk’s office data obtained on Friday.

The two voters submitted their sworn statements on Monday.

El-Abd, whose office has been investigating the large number of mail-in ballots in the 2nd Ward, said her office will have to investigate each of the complaints.