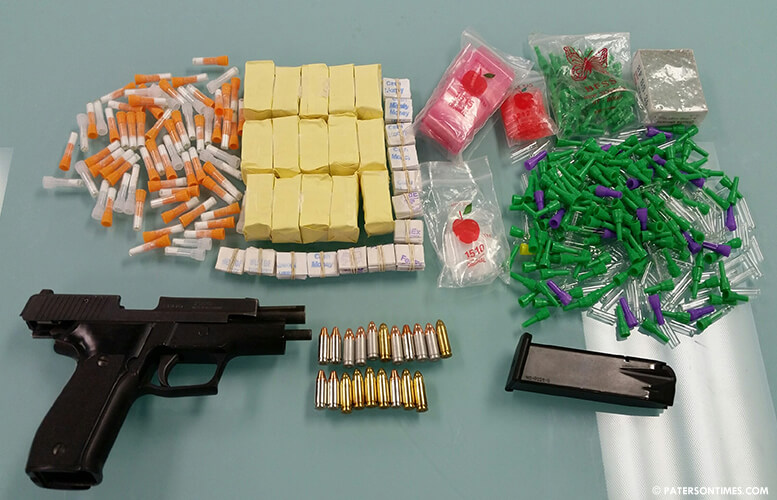 Berdnik said the spring cleanup operation dubbed Operation Talon focused on Paterson. In one case, detectives found a car half way on the road and sidewalk and arrested one person with an alcohol test reading level of 2.1.

In a second case, detectives searched an abandoned house for a suspect. A Sig Sauer 9mm pistol loaded with 5 rounds and 15 loose rounds were confiscated along with 1,000 bags of heroin and 64 vials of cocaine.

Berdnik said the seized drugs are valued at $6,000 on the street. The sheriff said authorities received the assistance of six federal officers from the U.S. Marshals Service, Fugitive Task Force (Newark) during three days of the operation.

“Individuals need to know, that if they do not fulfill the criminal or civil orders of the Superior Court, they will be arrested,” Berdnik said. All of the suspects are being lodged at the Passaic County Jail, authorities said.

Berdnik commended the detectives and officers involved and thanked the U.S. Marshals Service.