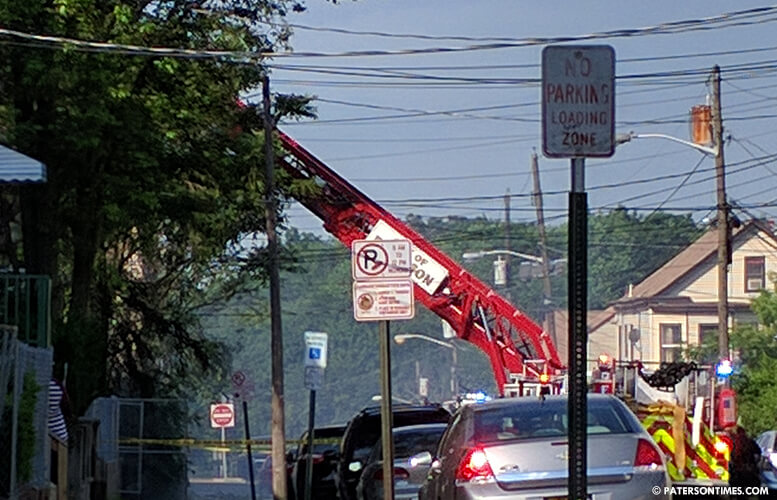 Firefighters responded to the fire at the three-story building in the corner of North 6th and Temple streets at around 4:45 a.m.

By 7 a.m. firefighters contained the flames and remain on the scene dousing hotspots. The fire caused the interior of the building to collapse, according to fire officials.

Fire departments from surrounding communities responded to the scene in mutual aid.

Nearby homes were evacuated due to the fire.