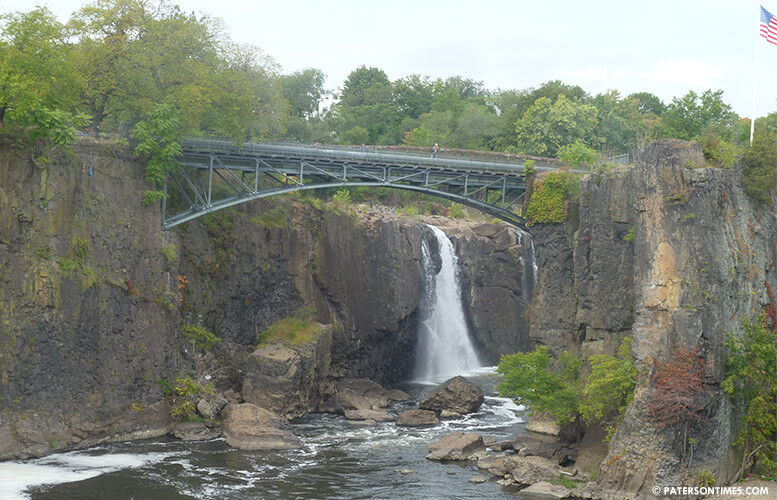 The federal government opted for a mixed plan for the Great Falls National Park that takes elements from the two proposed alternatives for an enhanced third option.

The finalized plan shared on Tuesday with the Paterson Great Falls Federal Advisory Commission and other stakeholders lists the various elements taken from the two viable alternatives: Alternative B and C.

“The National Park Service went to extraordinary lengths to develop a plan that combines both the historic significance and the aesthetic beauty that the Great Falls has to offer,” said Rep. Bill Pascrell. “It is this combination that will serve as a reminder of Paterson’s diverse history and set our National Historic Park apart from others across the nation.”

Improved access to the river for recreation, expansion of community gathering space at Overlook Park, transformation of the ATP site into a riverwalk, and stabilizing the ATP ruins have been lifted from Alternative B, which focuses on the natural beauty of the park, into the enhanced option.

“Everyone that has been briefed is pleased with the outcome,” said Darren Boch, superintendent of the Great Falls National Park.

“I’m happy with the plan in its final form,” said Bob Guarasci, chairman of the Great Falls Federal Advisory Commission. He said the final plan gives much needed attention to rehabilitating the industrial marvel that was the Raceway system and the Allied Textile Printing (ATP) site.

The plan contains the suggestions the advisory commission made earlier in the year. “They gave virtually everything the commissioners asked for,” said Leonard Zax of the Hamilton Partnership for Paterson. “This is a great plan.”

The plan does not state the implementation cost for the 20-year plan. The development cost for Alternative B was estimated $32.3 million and $47.9 million for Alternative C. With the new enhanced plan having borrowed major elements from both alternatives the cost is expected to be much higher.

Funding to implement the 20-year general management plan will come from public and private sector sources.

Boch pointed to the large amount of work being done at the park with funds from the federal, county, and state governments. He pointed to the work slated for Overlook Park and the Great Lawn project at the former ATP site.

“To plan is human; to implement is divine,” said Zax, who also serves on the advisory commission. He added private entities will play a role not only in developing the park, but the surrounding area.

“Full implementation of this plan will allow the Paterson Great Falls National Historic Park, the jewel of the Silk City, to awaken the economic engine of our region that Alexander Hamilton envisioned years ago,” said Pascrell. “Once adopted, this plan will allow park administrators to ramp up hiring, bringing on more full time employees, to carry out the twenty year guiding vision of the park.”