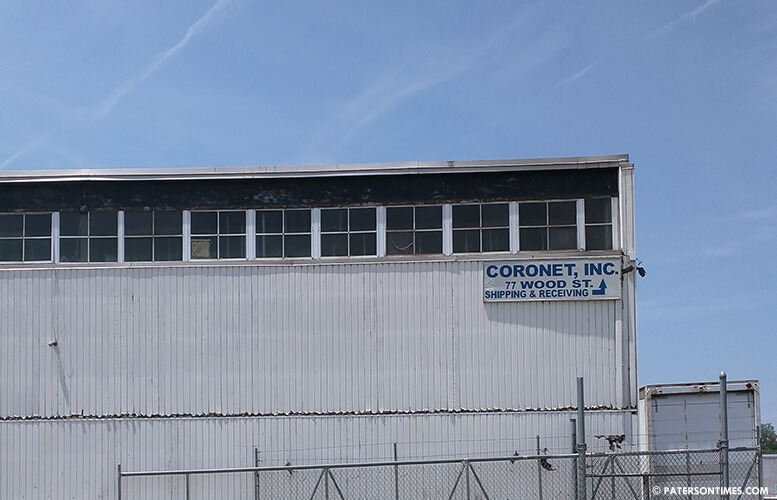 The New Jersey Economic Development Authority has awarded $17.7 million in tax credits to Paterson-based light fixtures manufacturer Coronet to keep 103 jobs from moving out of the Garden State.

Coronet, which is headquartered in the Bunker Hill section, plans to expand and relocate its headquarter to the South Paterson section. The firm plans to purchase two buildings located at 444 Marshall Street to relocate its operation.

The annual $1.7 million in tax credit for a 10-year period through the Grow New Jersey Assistance (GROW NJ) Program, designed to create and retain jobs by providing businesses tax credits, will allow the company to move the larger site.

Building A is 67,500 square feet and Building B is 15,000 square feet. The company’s current headquarters is located at 40,000 square feet leased facility on Wood Street. Lease on the Bunker Hill section building expires in May 2017.

The company weighed two options: to move to the South Paterson facility or move to an 80,000 square feet facility in Yorkstown Heights, New York. The move from one side of the Silk City to the other is far more expensive than moving to New York, according to its application to the state.

The tax credits will preserve 103 jobs in Paterson which would have left the Garden State by December 1st, 2016. The expansion will also create 45 new jobs, according to the company’s application to the state.

“It’s imperative we don’t lose any businesses. Our goal is to attract more businesses to Paterson, but I’m encouraged that we’re retaining a business,” said Andre Sayegh, 6th Ward councilman, who serves on the city council’s economic development committee.

Sayegh wanted to know whether the company employs local residents. A representative for the firm said 75-percent of its employees are Paterson residents. The representative said most of the 45 newly created jobs over the next decade will be filled by city residents.

“I hope they make a conscious effort to hire local people,” said Sayegh.

The firm’s representative said there will be an effort to hire local residents for the jobs. The median wage for the jobs will be $30,000, according to the state.

The state approved the tax credits on May 13th, 2016. The plans for the expansion and relocation are still being worked out. The company has yet to close on the South Paterson buildings, according to city tax records.

The company, established in 1946, manufactures LED lighting products for commercial customers. It produces high-end architectural luminaires. Some of its products can be seen at the Samsung flagship store in New York City, the New York University, the Mercedes Benz headquarters, and the Google offices in Manhattan, according to the company’s website.