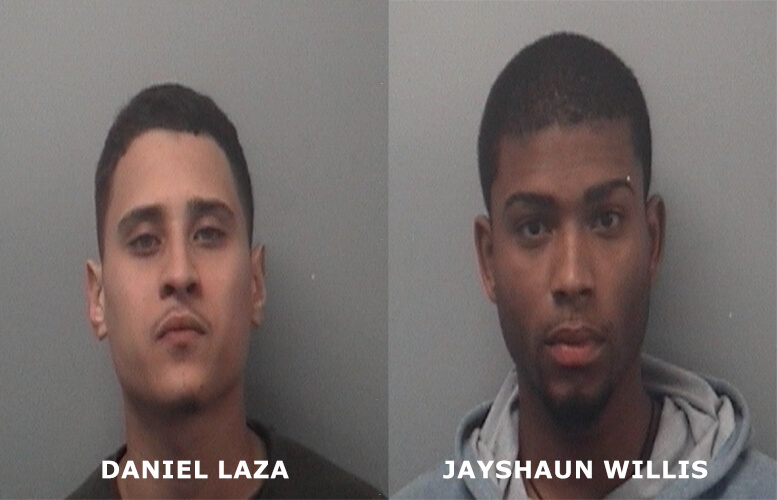 Authorities arrested city residents Jayshaun J. Willis, 22, and Daniel Laza, 25, during a traffic stop on Grand Street and Rockland Avenue as the two men were riding in a blue 2014 Honda Odyssey.

Passaic County Sheriff’s Office Investigator Joseph Royce attempted to conduct a motor vehicle stop, but the minivan did not immediately stop. A passenger later identified as Laza was observed attempting to hide something under his seat.

Royce approached the passenger side of the vehicle to ask Laza what he was hiding under his seat. A strong odor of marijuana struck the investigator.

Authorities ordered Laza out of the vehicle. 3 plastic baggies of marijuana was seized. Royce also found the driver, Willis, did not have a license on his person. 1 bag of crack cocaine and 5 baggies of crystal meth was seized during the stop.

Willis and Laza were charged with crystal meth, cocaine, and marijuana possession. Both men were released pending court appearance.

Berdnik said the stop was part of a state wide “Click It or Ticket” campaign.

“Because of the efforts of an alert Officer during a traffic stop as part of a program to enforce seatbelt use, two alleged drug dealers were arrested and charged,” the sheriff said.