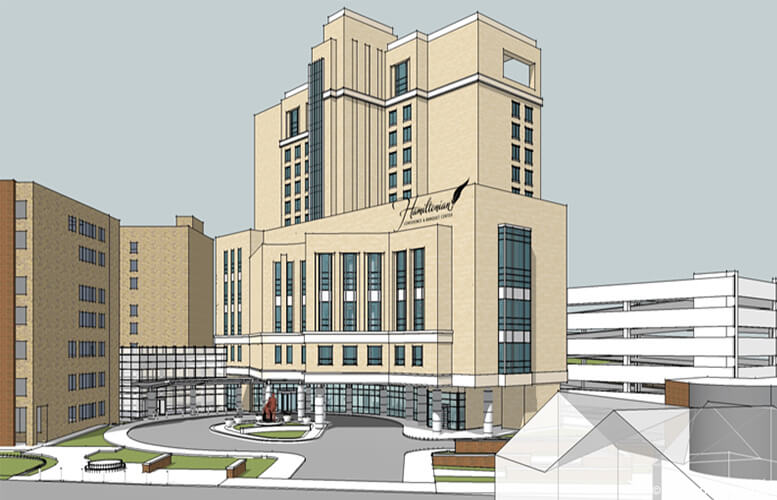 “There is just too much risk associated with this project,” Kevin Slavin, president of St. Joseph’s Healthcare System told the Herald News. “As financial stewards of St. Joseph’s, our highest priority is to protect the future of our safety-net hospital.”

A fiscal and feasibility study conducted by the hospital found the $129 million project’s future was uncertain. The developer for the project Medical Missions for Children was caught by surprise at the hospital’s decision to axe a 99-year lease agreement for the plot of land on Main Street where the hotel was expected to go up.

Frank Brady, president of Medical Missions for Children, said the hospital entered into a lease agreement for the site in 2014 for a nominal $1 a year fee. He said his organization will file a lawsuit against the hospital if the agreement is violated.

“They can’t get out of it,” Brady told the newspaper. “They have no choice. I don’t think they thought this through very well.”

Slavin told the paper the hospital’s board never approved a lease agreement with the developer. An estimated $20 million has been spent on pre-construction cost associated with the project, according to Brady.

There’s also issues about the nonprofit hospital transferring land for a for-profit business potentially placing the hospital’s tax exempt status at risk. The report states the hospital’s consultants said the transfer would require approval from the Attorney General’s Office and the Internal Revenue Service (IRS).

Mayor Jose “Joey” Torres recognized the coming apart of the project as a fresh blow to revitalizing his economically depressed city. He plans to figure out a way to salvage the $105 million in tax credits the New Jersey Economic Development Authority (NJ EDA) awarded for the project in hopes of generating 490 construction and 257 permanent jobs in the city.

Mayor Torres told the paper he wants the tax credit transferred to a possible project close to the Great Falls National Park.

The hotel project received approval from the city planning board and the city council gave preliminary approval for a 30-year tax abatement agreement for the developer. Council members saw the project as a job generator for residents in the city with unemployment rate twice the New Jersey average.

Council members were expected to give final approval on the tax abatement agreement and pass a resolution for a redevelopment agreement with the developer this month to get shovels on the ground by July.