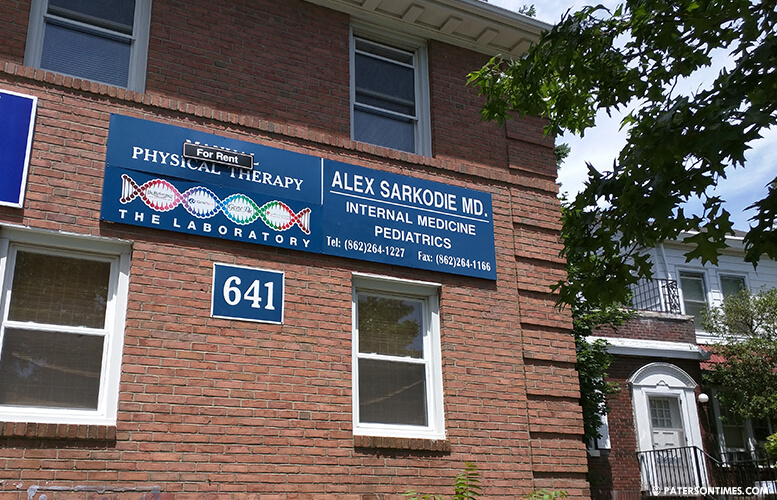 A city doctor accused of subjecting female staff and patients to unwanted groping and sexual comments has been temporarily suspended from practicing medicine by the New Jersey Board of Medical Examiners, the New Jersey Attorney General’s Office said on Monday afternoon.

Alex Sarkodie, owner of a Broadway medical practice in Paterson, agreed to temporary license suspension after the Attorney General filed a complaint with the Board of Medical Examiners alleging he turned patients and staff into “victims of sexual abuse.”

From May 2013 to March 2016, Sarkodie allegedly engaged in a pattern of sexual misconduct. In one case, he removed a 29-year-old patient’s breast from her clothing and licked it during a physical examination. In another, he touched a medical assistant’s breast under her bra during a physical examination. In yet another case, he allegedly slapped a female employee on the buttocks.

“Patients who turn to their doctors for medical care deserve to be treated with respect and professionalism, not subjected to degrading assaults by sexual predators hiding behind their medical degrees,” Robert Lougy, Acting Attorney General, said.

Sarkodie, an internist, is barred from practicing medicine. He has to surrender his original license and current biennial registration to the state.

“Dr. Sarkodie’s alleged actions not only show a blatant disregard for the rules of medical practice, they represent a clear and imminent threat to the public,” said Steve Lee, Acting Director of the New Jersey Division of Consumer Affairs. “By acting quickly to temporarily suspend his license, the Board of Medical Examiners has ensured the public is protected from Dr. Sarkodie while these very serious accusations are pending.”

The Enforcement Bureau of the Division of Consumer Affairs conducted the investigation that led to the complaint. Sarkodie is scheduled to appear before the board on July 13, 2016 to answer the charges against him.

Sarkodie practices medicine out of 641 Broadway.

“We will continue to utilize the full scope of our powers to combat doctors who abuse their privileges by preying on patients,” Lougy said.

Patients who believe that they have been treated by a licensed health care professional in an inappropriate manner can file an online complaint with the State Division of Consumer Affairs by visiting its website  or by calling 1-800-242-5846 (toll free within New Jersey) or 973-504- 6200.