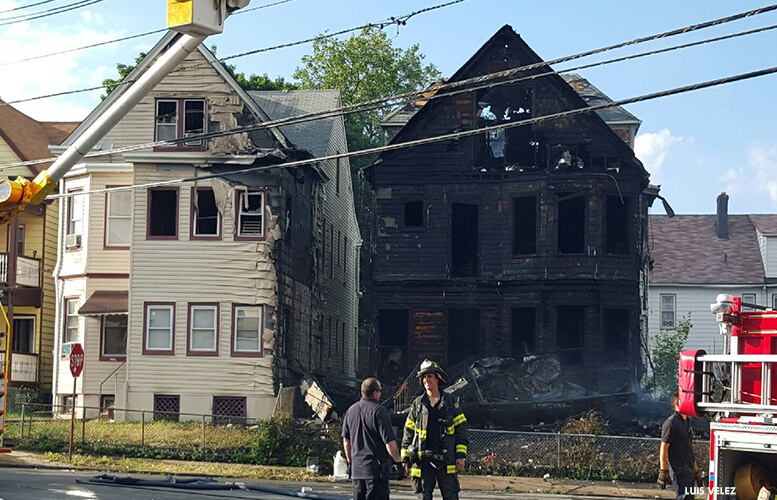 Henderson said the first fire at 35-39 Ryle Avenue displaced 33 people from their homes. He said the single-alarm fire began at 8:14 a.m. from the basement before spreading to the first floor.

The second fire started at a 2.5 story abandoned home at 625 Market Street at about 4:45 p.m. The blaze spread to 623 Market Street displacing 18 people from their home.

Henderson said the fire reached third-alarm. He said no one was injured in either fires.

The American RedCross is assisting the nine families displaced in the fires, said the organization on Tuesday night.

Help people affected by disasters like home fires and countless other crises by making a donation to support American Red Cross Disaster Relief. By visiting redcross.org, calling 1-800-RED CROSS or testing the word REDCROSS to 90999 to make a $10 donation.