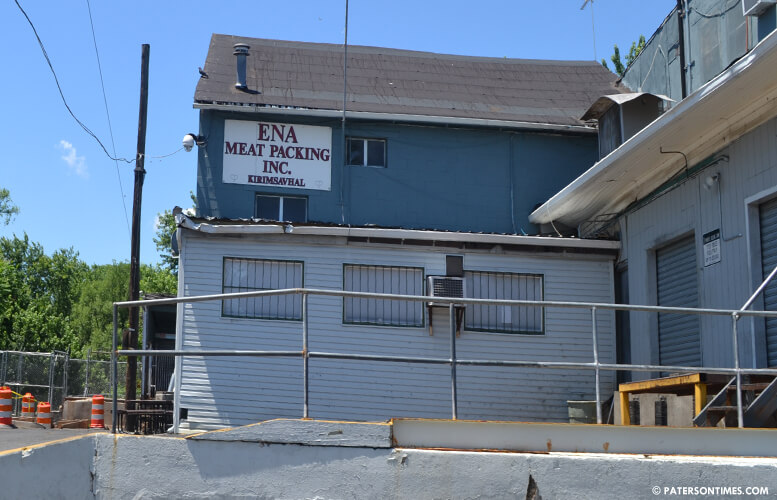 For eight years the New Jersey Department of Environmental Protection (NJDEP) has been issuing violation notices to a Bunker Hill section slaughterhouse for releasing pollutants into the Passaic River, but each time failed to bring the business into compliance, according to court records.

ENA Meat Packing of East 5th Street was cited by the department in 2007, 2008, and 2010. Violation notices required the slaughterhouse to take specific actions within a specified period of time and submit documents to the department.

The company failed to submit a Stormwater Pollution Prevention Plan (SPPP) demonstrating materials from its operations were not being released into stormwater and the Passaic River.

The company never responded to any of the notices. The department issued an Administrative Order and Notice of Civil Administrative Penalty Assessment assessing a $40,000 penalty against the company in October of 2010.

A hearing was scheduled, but the company’s owner Ali and Zatibey Kucukkarca did not appear.

The department cited the business again in 2011, 2012, and 2013. In January of 2013, the business was cited for failing to obtain permits for adding an extra chicken slaughterhouse and storage yard, according to court documents.

The department tried to secure the business’ compliance in email exchanges with plant manager Edibey Kucukkarca and another representative in May and August of 2013 without success. In December of 2013, the department issued another violation for the company’s failure to have a pollution prevention plan in place.

A second administrative order was issued on August 26th, 2014 assessing an $80,000 penalty against the business. The company was told it had 20 days to request a hearing.

The company failed to request a hearing within the specified time period. An attorney for the company appealed the penalty on February 4th, 2015, citing the principals of the firm lacked experience “in handling or responding to time-sensitive English language legal documents” due to a language barrier.

The Kucukkarcas, who are Turkish, speak English as their third language, according to court records. Although Edibey Kucukkarca communicated with the department in English via email on behalf of the company, the owners could not “immediately comprehend everything that the document demanded, or its consequences,” wrote the attorney.

The attorney also wrote that the company had email server issues at the time. The department rejected the company’s belated request for a hearing.

“ENA’s arguments challenging the agency’s actions are without sufficient,” wrote the judges. “Its explanations for its delay in seeking a hearing based on difficulty with understanding English or its internal mail procedures did not establish “good cause” or “substantial compliance” as a matter of law, because ENA failed to demonstrate it had “taken reasonable steps to initiate [a request for a hearing] within the prescribed period, but the agency ha[d] failed to receive timely notice of [its request] due to circumstances beyond [its] control.”

The judges noted the company’s representatives complied in 2010 to the very requirement they claimed not to understand in 2014 due to a language barrier.