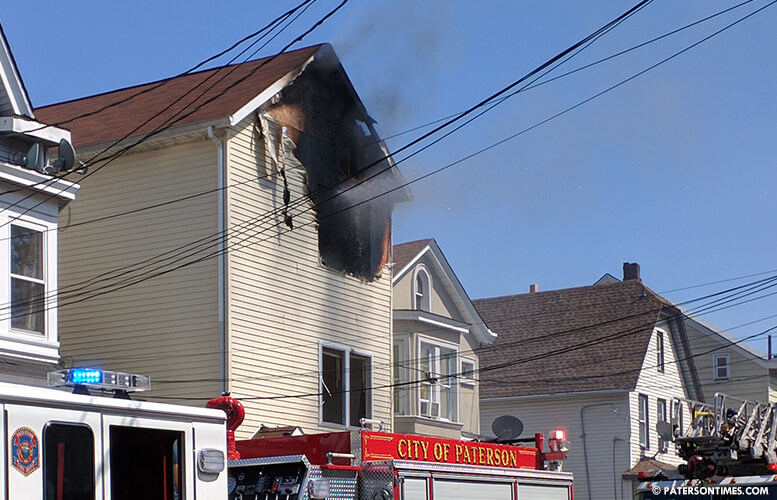 Six people were displaced after a fire ripped through a three-story home on East 18th Street on Saturday afternoon.

Two people – a firefighter and a civilian – suffered minor injuries due to the fire, said Calamita. He said the firefighter and the occupant of the home were taken to St. Joseph’s Regional Medical Center for treatment.

The firefighter was treated and released, said Calamita.

Calamita said the fire at the 3.5 story structure was largely confined to the third floor. Firefighters were able to snuff out the flames within an hour, he said.

The home sustained extensive fire and water damage. The six people displaced are being provided lodging and other assistance by the American Red Cross, said the deputy chief.