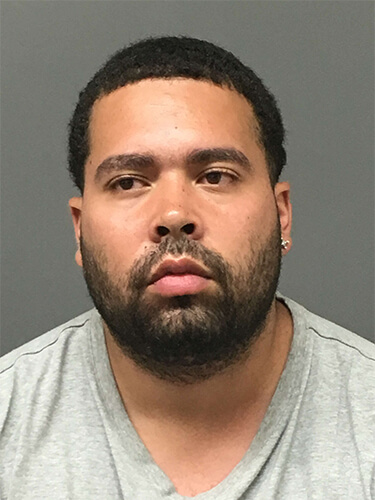 Authorities arrested Ismael Miranda’s accomplice city resident Cesar Rosario, 31, at his East 33rd Street home on Tuesday evening. Rosario allegedly targeted two individuals that he knew inside a 2004 Honda Odyssey at around 1:56 a.m. at the intersection.

The victims pulled over the minivan to meet Rosario (pictured). Both Miranda and Rosario approached the minivan. Miranda produced a handgun and pointed the weapon at the occupants of the vehicle, which has since been located by authorities after still images of the minivan was made public on Monday, demanding cash and drugs, authorities said.

Miranda refused. Both officers fired their weapons. Miranda was pronounced dead at the scene.

Police recovered a .380 caliber handgun next to Miranda. Miranda, who lived on East 39th Street, reportedly served three stints in prison for aggravated assault with a weapon, weapons offenses, and drug charges.

Rosario has been charged with first-degree armed robbery and second-degree conspiracy to commit armed robbery as a result of the investigation into the shooting by the Bergen County Prosecutor’s Office Major Crimes Unit under the director of deputy chief Robert Anzilotti.

Rosario’s bail has been set at $250,000 with no 10-percent option. He is being held at the Passaic County Jail.

The New Jersey Division of Criminal Justice assigned the case to the Bergen County Prosecutor’s Office to avoid any real or perceived conflict of interest.