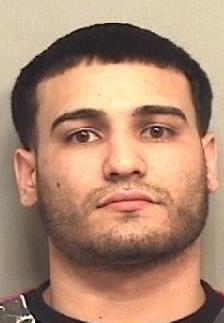 27-year-old city resident Steven Morales was arrested on Tuesday and charged with attempted murder for allegedly shooting and wounding a man in the corner of Walnut Street and Wayne Avenue, according to police.

Police officers in Wayne encountered Morales on an unrelated incident that resulted in a computer check which found Morales was wanted by police in Paterson for the June 18th, 2016 incident.

Morales allegedly shot a 26-year-old city man in the shoulder at about 9 p.m. The victim was taken to Saint Joseph’s Regional Medical Center for treatment, said police.

Detectives Francisco Brito and Rolando Polio of the Ceasefire Unit identified him as the actor in the incident, according to police.

Wayne police notified Paterson police about Morales. He was arrested and is being held at the Passaic County Jail on $500,000 bond, said police.

“This shooting broke the cycle of a 32 day span without any violence,” said police director Jerry Speziale. He said the Ceasefire Unit worked tirelessly to solve the shooting and hold Morales responsible.