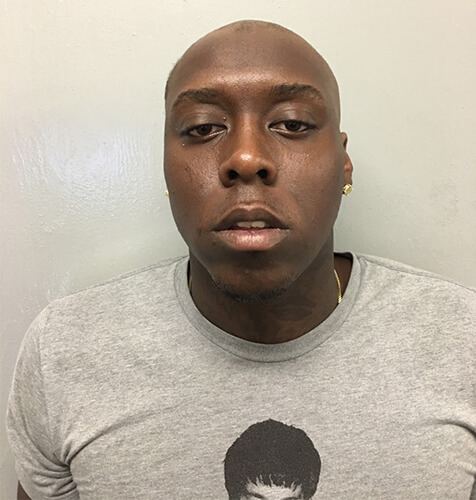 A city man was arrested on Thursday afternoon following a surveillance operation setup on East 42nd Street and 18th Avenue in Paterson due to numerous complaints from neighborhood residents of drug activity, according to Passaic County Sheriff Richard Berdnik.

Damir Horne-Casper, 23-year-old was arrested at around 4:30 p.m., as he was placing several packages of heroin in his pocket, authoirties said.

Horne-Casper was found with 500 glassine envelopes of heroin, authoirties said. A search of Horne-Casper’s home yielded 80 more packets of heroin and a loaded 380 caliber handgun.

The drugs seized is worth $2,000 on the streets, Berdnik said.

Authorities said Horne-Casper was on probation from a previous drug distribution conviction.

Detectives charged Horne-Casper with 4 drug offenses and 2 weapons charges. He is being held at Paterson police cell block pending bail.

“It is disturbing that this suspect was on probation for narcotic charges had a loaded handgun and was still selling drugs,” Berdnik said. “This arrest should send a message, if you are violating your probation by still breaking the law, you will eventually be arrested.”