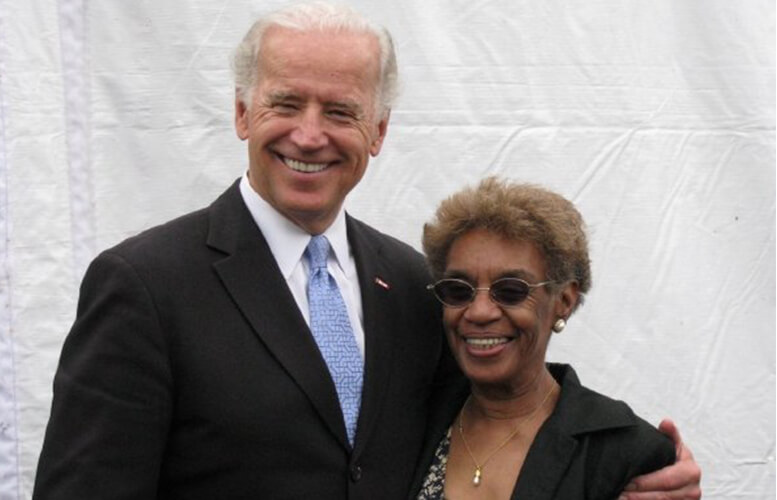 City native Bettie Anderson is leaving the United States at the end of July to begin training as a health volunteer with the Peace Corps in Botswana fulfilling a dream she had for more than 50 years.

“Becoming a part of Peace Corps was a desire that I had more than 50 years ago,” said Anderson, 73. She became intimately familiar with the Peace Corps in 1963 while at Hampton University serving as the school’s recruiter for the humanitarian program.

Five decades later, she decided to recruit herself to join the 187 New Jerseyans serving throughout the world in the Peace Corps.

“When my family obligations ended, I knew that it was now time to apply. My vision is to be of service to others and build positive relationships that will promote the best of America,” Anderson (pictured with vice president Joe Biden) said.

She will immerse herself in the life and culture of the southern African nation by living with a host family for the first three months. After that she will be sworn into service and assigned to a community in Botswana to live and work with local people for two years.

Anderson will support the effort in providing health services to people living with HIV, the elderly, orphans, and vulnerable children.

“My major goal is to be of assistance in helping people combat a major disease. I also hope to be an effective communicator at home to encourage others to become more active in their own communitites or help others in other countries,” said Anderson, an Eastside High School alumni.

Anderson worked as editor of the Eastside High School newspaper the Criterion. After that she went to attend college at Hampton University in Hampton, Virginia. There too, she became editor-in-chief of the university newspaper the Hamptonian.

She earned a sociology degree in 1964. In 1970, she earned a master’s in student personnel services from Montclair State University.

Anderson, who now resides in Chesapeake, Virginia, is looking forward to learning a new language, meeting new people, and learning about a different culture as she departs on July 30, 2016.

Two of her grandchildren Brevin, 9, and Maleah, 7, live in New Jersey. Her daughter Elimu Anderson lives in San Diego, California.