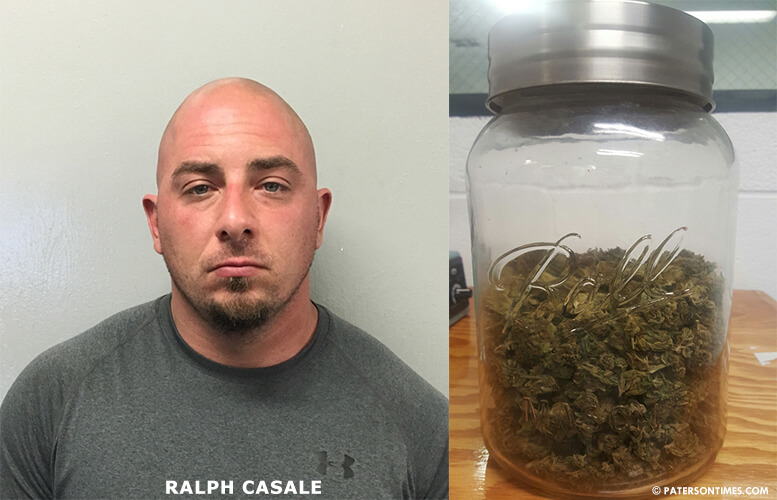 A Kearny man was arrested and a large container of marijuana was seized from his vehicle on Tuesday night in Paterson, according to Passaic County Sheriff Richard Berdnik.

Ralph Casale, 37-year-old, of Kearny, attracted the attention of detectives while driving on East 18th Street in a black Kia with a broken taillight at around 9:25 p.m., authorities said. He made a left turn on Fair Street to pick up a glass jar from a man at an apartment complex.

Detectives said the unidentified man handed Casale the container and quickly went back inside the apartment building. Casale placed the jar in his truck and drove towards Rosa Parks Boulevard.

A motor vehicle stop commenced. A search of his vehicle yielded a glass jar containing 171 grams of marijuana valued at $1,500 on the street. Authorities seized $800 in suspected drug proceeds.

Detectives John Tolerico, Rashedul Chowdhury, and Atli Sela were on warrant patrol in Paterson when the arrest was made. A search of Casale’s home did not yield anything.

Casale is charged with marijuana possession, possession with intent to distribute, and intent to deal close to School 6. He was also given traffic summonses.

Authorities said he was released and given a court date to appear at Paterson Municipal Court on Aug. 9, 2016.