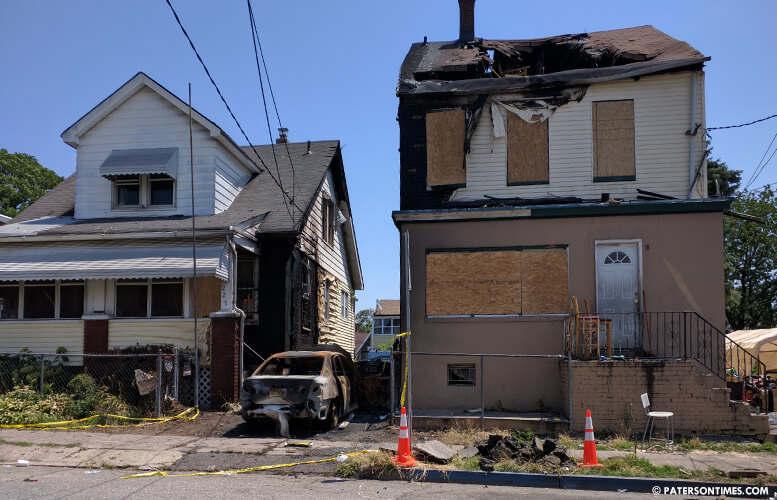 More than two dozen city residents were displaced on Thursday afternoon as a fire spread from a car to two structures on East 24th Street, according to fire officials.

One firefighter and two civilians were taken to St. Joseph’s Regional Medical Center for non-life threatening injuries, said Calamita. He said the firefighter was treated and released from the hospital.

65 firefighters responded in the scorching heat to the scene and terminated the fire at 8 p.m., said the deputy chief.

The displaced residents are being assisted by the American Red Cross, said officials.