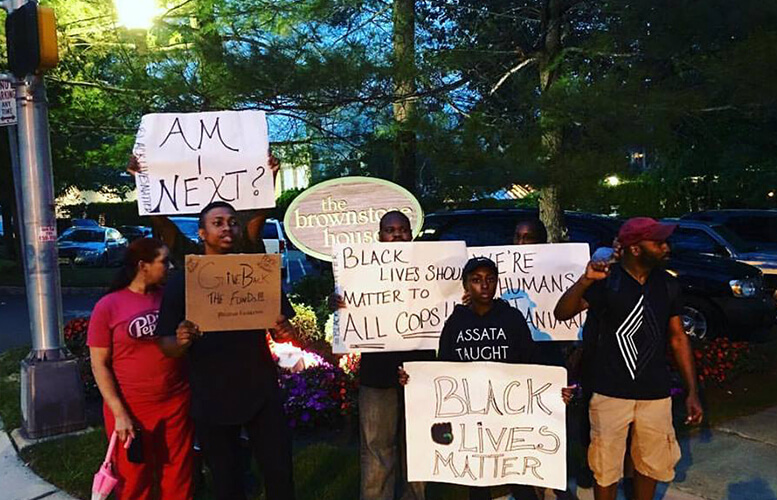 A group of protesters marched and chanted at the border of Paterson and Haledon to target mayor Jose “Joey” Torres’ $150 a ticket fundraiser at the Brownstone on Thursday night.

Torres targeted young people with his plan to shut down recreation programs on Aug. 12, 2016 in his battle with the city council over a tax levy. He had previously ordered the shutdown of two municipal pools, but reversed the decision after protests by residents.

400 young people, mostly from troubled neighborhoods, will find themselves without a summer jobs that allow them to buy supplies and clothing for school.

Inside Torres hosted his much promoted mayor’s ball.

“No confidence! Vote him out!” shouted the protesters prompting a response from the city’s police department.

The protesters disrupted the mayor’s state of the city address earlier in the day demanding he restore recreation funding.

“We demand you restore summer recreation!” shouted Zellie Imani, one of the leaders of the movement from the audience before his group was escorted out. “We demand your resignation!”

The group joined a growing number of city residents urging for a no confidence vote on the mayor. Some are also demanding the mayor resign over his move to shut down summer programs.

Calls for the mayor’s resignation have gotten louder since the scandal broke that the mayor was using public works employees to do private work at his home and his brother’s business.

The New Jersey Attorney General’s Office is investigating the mayor over the public works scandal.