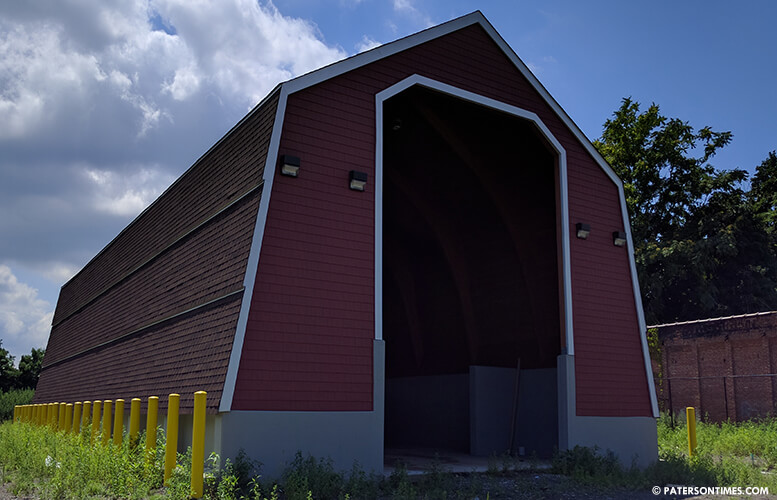 The city finished construction on a much needed salt dome at the dead end of Montgomery Street earlier in the year, according to city officials.

Public works director Manny Ojeda said construction on the salt dome finished in March of this year. He said the salt dome can hold up to 100 tons of salt.

“That’s enough to cover the city,” said Ojeda on Thursday afternoon. “We’re able to store more salt so we won’t be running short on any salt.”

The city had a small salt dome on East 18th Street that collapsed during a snowstorm in February of 2014. The next year, the collapse of the salt dome caused a salt shortage in the city leaving many streets impassable.

“We had a small one and the capacity wasn’t that much with this one it’s huge,” said the director.

Council members awarded a $902,662 contract to Newark-based CMS Construction in March 2015 to build the salt dome. At the same time, the city awarded another contract worth $188,000 to Wharton-based Tilcon New York to separate recyclables from junk at the dead end and perform site work at the location.

Both contracts amounted to approximately $1.1 million. The director said the city plans to install three brine containers at the location as it looks to utilize brine for anti-icing or pre-wetting measure.

Ojeda said the city still has to pave the area around the salt dome to create parking at the site. He said there’s also a plan to construct a recycling center at the site. However, that will require a new contract award from the city council.

Mayor Jose “Joey” Torres celebrated the completion of the salt dome’s construction during his State of the City address. He said the city also added seven new trucks to the public works fleet and assigned them to each of the six wards to better serve residents.