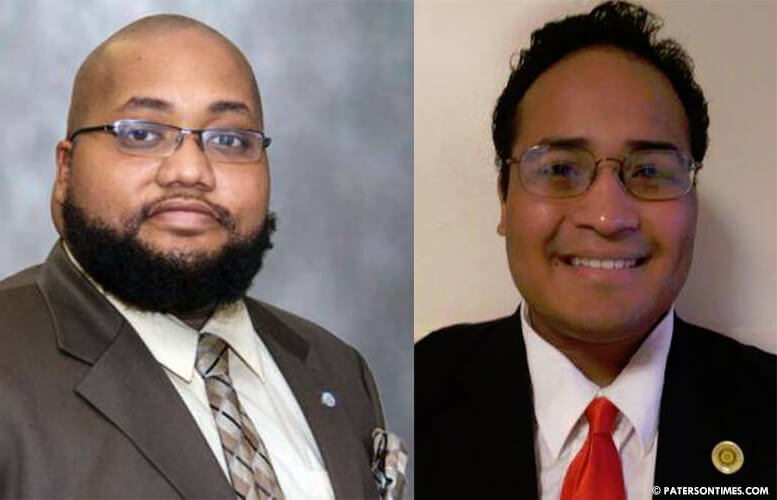 Teague was protesting outside of the Brownstone with members of the Black Lives Matter movement on Thursday evening against mayor Jose “Joey” Torres. As most of the protesters dispersed, he and some others along with his two children remained at the location prompting Castro to tell the former school board member to take his two children home.

Castro, who was at the Brownstone attending Torres’ fundraiser, shouted from the balcony of the Brownstone to tell Teague to take his two children home. He said he did not believe the protest was the place for children as it was late, hot, and raining outside when the shouting match occurred.

“He had the nerve to call me an ‘irresponsible parent’ for having them with me,” remarked Teague in a Facebook posting provided by Castro. “Well, he better steer clear of me because If and when I bump into him it won’t be pretty.”

Teague (pictured, left) noted it would have been irresponsible for him to leave his children alone at home as he protested with the group at the Brownstone against the mayor’s move to shut down recreation programs for children.

He also criticized Castro for being the mayor’s “stooge.” Castro was appointed to the library board by the mayor.

“I don’t know how far he will go. I don’t know what his intentions are. It is clear that he is upset. If something happens in the future I want to protect myself,” said Castro. “I don’t know what he’s going to do. He’s unpredictable, he’s angry, and he says he’s a member of the Black Panther.”

“I didn’t make any direct threats,” said Teague. “I said if you’re a man you need to approach me as one.”

Teague said there were other children at the location. “We were part of a demonstration that was advocating for kids,” said Teague. He also noted Malcolm X and Martin Luther King Jr. often brought their children to events as both men fought for civil rights for African-Americans.

The former school board member’s eldest child is 10, he said. “I want them to see what I’m a part of — Dr. King did, Malcolm X did – everybody had their children when they were standing up,” he said.

Teague and Castro were opponents in last year’s school board election. Both men lost in that election. He said Castro was simply attempting to be relevant and garner attention.

Teague is running to recapture his school board seat in the upcoming November elections.

Teague said he was not concerned about the police report. “I’ve been around police they know we’re not violent people,” he said. “It’s a touchy subject when you’re questioning a parent’s ability to raise their kids.”